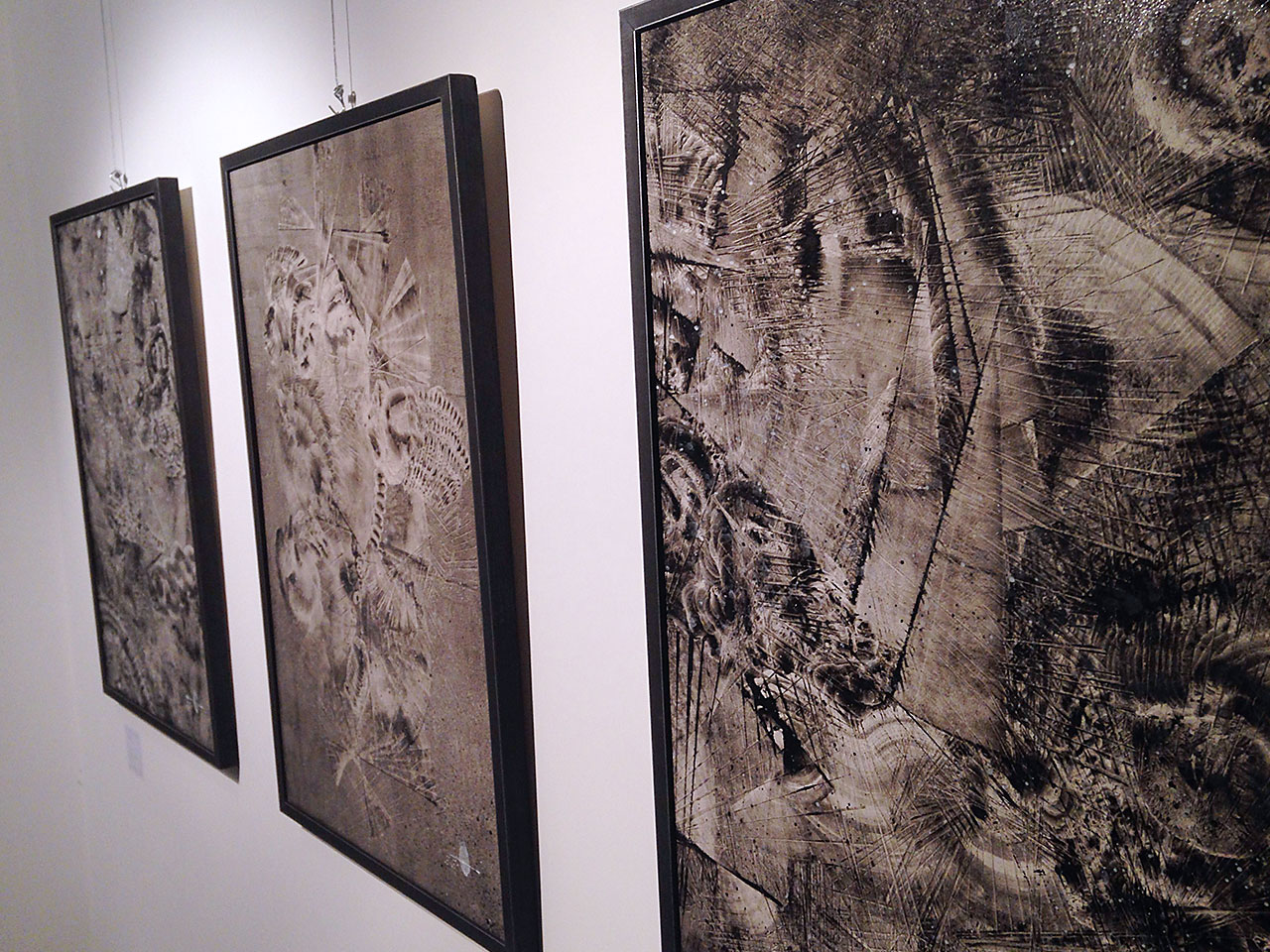 It is the condition that the individual is facing today, is the feeling that gives us the world situation of total uncertainty in the future, we proceed by trials and make small steps, but the more adventurous launch themselves headlong without forecasts of what might be the external reaction, which most of the times is surprising in a positive or a negative way. Trends are endless, fashions change quickly, people get tired easily, there is an exaggerated need of change, of renewal, this is the fluid world where we are, constantly changing and its speed is accelerating.
This concept moves the new project of Space Menexa who wants to investigate the courage to show the becoming of a changing world, and also the developments that its effects have in people's lives. In fact we can't say that the dark is the lack of light, it is part of each of us and it is a fundamental factor that characterizes us. We all have our own dark side, that is one of the facets of the character and sometimes emerges but often it remains hidden.
Matching to Ventinovegiorni, Salto_nel_buio finds itself in the darkened sky, when the moon leaves room at the light of the stars, and the darkness of the sky leaves the imagination to roam and explore the more hidden  and mysterious ego's spaces, because the need to show or not often hides the truth about ourselves. The courage to jump into the unknown distinguishes the minds of the most daring and resolute, and often in times of crisis they result as scouts for new horizons, that record the emerging new opportunities. The artists that will participate in the cycle will explore and unravel all the roads that the courage of daring will grant or limitations that it will impose us.