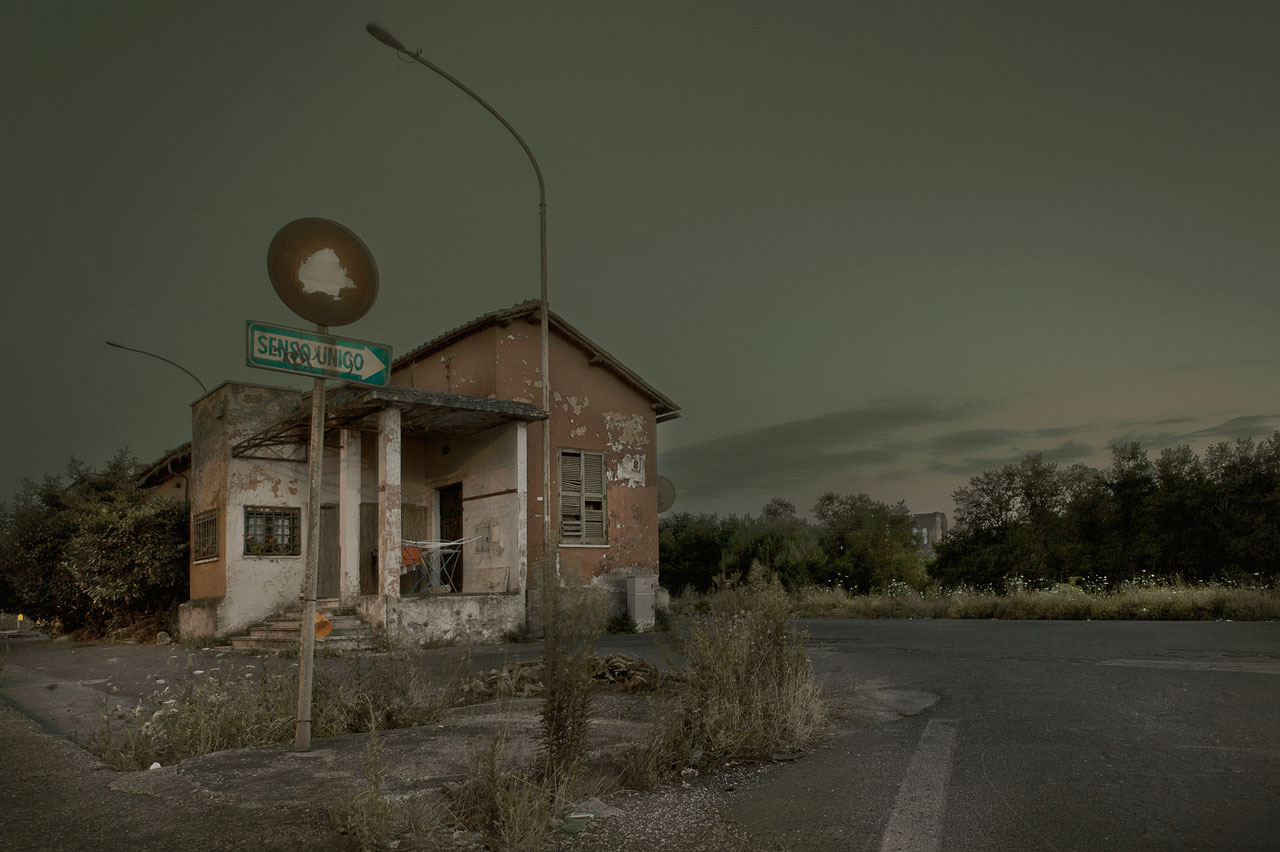 Photography was immediately established as the generator of a common symbolic dictionary for the purpose of communication and memento, over the decades it has sanctioned the reduction of the totality of human experience to a single sense, namely sight.

Today, however, the spontaneous practice of millions of photographers around the world has become a mere habit, taking an image is no longer the product of observing but of simply seeing, a mechanical appropriation that has nothing to do with artistic practice or information. The photographic man has surrendered to the consumerism of the image and has returned to the concept elaborated by Roland Barthes, the one according to which the organ of the photographer is not the eye but the finger, what is linked to the shooting of the lens. In her essay On Photography, Susan Sontag states: "Photographers were asked not to limit themselves to seeing the world as it is, including its already recognized wonders: their task was to arouse interest with new visual decisions". In her own words, Alfred Stieglitz is proud to say that he spent three hours under the blizzard of February 22, 1893 "waiting for the right time" to take his famous Winter photograph on 5th Avenue. The right time is when you can see things, especially those that everyone has already seen, in a different way. "You have to find beauty with another way of seeing" was the only way to generate a beauty worthy of attention, at the time of Susan Sontag's and Alfred Stieglitz's treatise but as we used to say things have changed dramatically nowadays. Photography is not able to admire things from a different angle because every available angle has already been occupied by the relative image. The spread of photographic lenses over the territory makes possible a sort of omniscience, a chaos of vision that transforms the photographic medium into an eternal entity, timeless, without boundaries, without limits. Nothing seems to be able to capture the common feeling. In order to break every delay represented by the canons and bring attention back to the image, one should try to choose new visual decisions.

The photographic research of Angelo Marinelli aims to find a new identity of vision through choices that actually throw themselves into the light, reorganizing also the portions of time that determine the formation of the image. His monolithic and silent overviews of modern society represent a new way to manage the metaphors of vision, without running into clichés or unnecessary baroque. In the poetics of abandonment and the search for emptiness as the perfect point of ascetic reflection, the artist brings to light a universe made up of minimal movements and dense architectural stratifications. These characteristics contribute to building a perfect and delicate mythopoiesis, which rests on time itself as an image generator. Angelo Marinelli's eye is capable of rediscovering beauty through another way of seeing reality, rekindling that taste for the enigma hidden behind everyday things. His research has something Homeric to which is added a fair dose of melancholy, which transforms each photograph into a metaphysical environment still in the memory and indeed it is precisely the latter to self-generate in the mind of the viewer who absorbs the vision making it his own. The choice of colors and tones, very often cold and desaturated, reach a structural setting and a soft and sensual linguistic technique that contribute to heighten the sense of curiosity and fascination for each frame. The images thus become a private form of dialogue between the formation of all things and the retina that observes them from every possible angle. An omniscence dictated by the lens of the lens that finds again the taste to decide and to amaze through beauty and a new way of seeing.

It is as if in a gradual way everything in this city is changing, despite the ability of Rome to surprise and excite again, there is a common disillusionment, in this period, from modern society, from the charm of the big city, from the metropolis and consequently: from the Eternal City.

The Rome that had the strength to surprise and overcome the moments of "enough, I'm going away", the moments in which the reasons for living in such a big city made lately only of flaws and whose merits belonged only to history, in recent years is changing and as if abandoned to itself is giving back the image of a city once again full of counter-senses a little urban a little rural.

The images that I decided to imprint in the series "almost elsewhere" are images that tell the story of a city that suddenly finds itself almost uninhabited, abandoned to itself and the few left. A city that no longer has the sense to exist as a city and as a metropolis begins to undergo, in the abandonment, a process of transformation; almost as a response to the need of the citizen who goes away to return to a life made of simple and natural things, to a rural life.

"Almost elsewhere" wants to be the documentation of a Rome of the future, deserted and where the monument and the architecture become again stone, cement, dust without any historical or stylistic value.