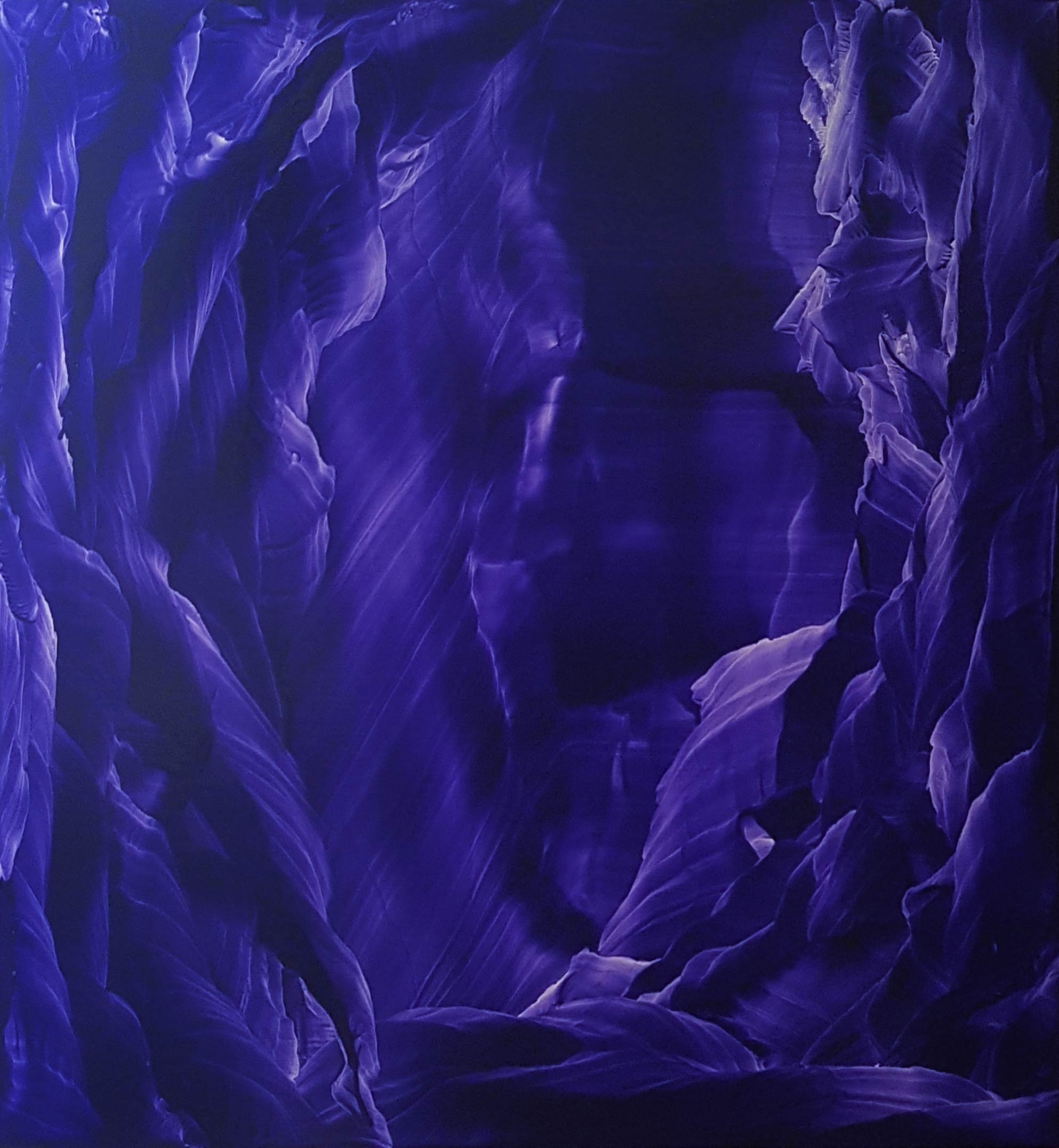 On Thursday, December 15, Mario Nalli's exhibition "Speco" opens at Spazio Menexa. It is the representation of the rock caverns according to the artist's painting technique, which proposes the discovery of the hidden and intimate spaces that are hidden within the innermost self. His monochromatic oil-painted canvases describe the closed and solitary spaces of nature interpreted as soft cloths that disorient.

Gianni Garrera signs the critical text, and tells us that "Mario Nalli obtains the absolute equivalence between the folds of a rock and those of a brocade, between the doodles of a limestone and a cloth. If Nalli's first suggestion is a reference to the walls of the platonic cave, where the images (i.e. the shadows) of ideas should be reflected, in this cave wall no idea is reflected, but the images or ideas are the folds and jagged edges of the rock itself, which does not act as a screen, but is in itself a jewel"

The artist retraces his own path and in order to complete the exploration he has to go deep into his own cave; he reveals to us the hidden, silent part, but we understand that the use of inner strength is necessary to get there, it is a mental journey that must be traveled in solitude and that leads to the bottom of the cave where the authentic and primordial soul rests and that envelops us in an ephemeral and light dance of drapes.

Mario Nalli is the seventh artist to take part in the exhibition cycle Salto_nel_buio of Spazio Menexa, investigating "the most hidden and mysterious spaces of the Ego" and drawing on the dramatic movement of emotions, he transports the observer into his harmonious, suave and mutable world, and reveals to us the opening of a space that no words can highlight or understand; a dimension where blurred space is the image of the force we find in each of us.

The exhibition will continue until February 17, 2017.

In THE FRONT OF PAINTING

As Deleuze wrote, if beauty is made of folds, then the Baroque is right to produce folds all the time, to bend and curve the folds, to thicken them and bring them to infinity, fold on fold and fold in the fold. When the ornamental justification of the world is mutual emulation between attitudes of matter, a rock is equivalent to a fabric, and the two things have the same aesthetic destiny and know how to suffer the same vicissitudes or ornamental harassment. Mario Nalli obtains the absolute equivalence between the folds of a rock and those of a brocade, between the doodles of a limestone and a cloth. If Nalli's first suggestion is a reference to the walls of the platonic cave, where the images (i.e. shadows) of ideas should reflect, in this cave wall no idea is reflected, but the images or ideas are the folds and jagged edges of the rock itself, which does not act as a screen, but is in itself a jewel. The viluppo exercises its own perspective, the inflection finds in this its raison d'être. Bending is a genetic power of ornamentation. The cavern has no windows, so it is a monad, it does not come from the Virgin of the rocks of Leonardo, which is full of openings, but has wrinkles and twists inside, at most distensions, as an expression of lighter and more relaxed areas. There is the arzigogolo of the twists of the interiority of the pictorial material turned to its edges, in the opposite direction to the open air and the panorama, in a continuous series of wrinkles. The closure of the cavern is closure to the world and absence of world. The cavern is unilateral, obtuse, therefore primeval, showing only one face. The wall is a docile and adherent membrane, edged; its facade is extended to the entire painting. It is not true, as Galilei wrote (Saggiatore, VI, 234), that Nature does not delight in poetic appendices. Matter continuously aspires to itself or to a supplement of itself. Painting ignores the incidence and immanence of reality. Even if the folds do not lose their naturalness, every reality is aesthetic because it is pleased with itself and the folds it can assume, since natural things are spontaneously invested with their own ripples. In the painting everything is made of the same aesthetic material, for the primacy of the semblance. The painted thing participates exclusively in the color that paints it, so it takes on a chromatic guise, that is, a non-material material, but painted, just as in dreams there is a flesh that is not fleshy but dreamlike. In painting, everything is painted. Nalli pursues a concept of imitation that never means a duplication or replica of reality.