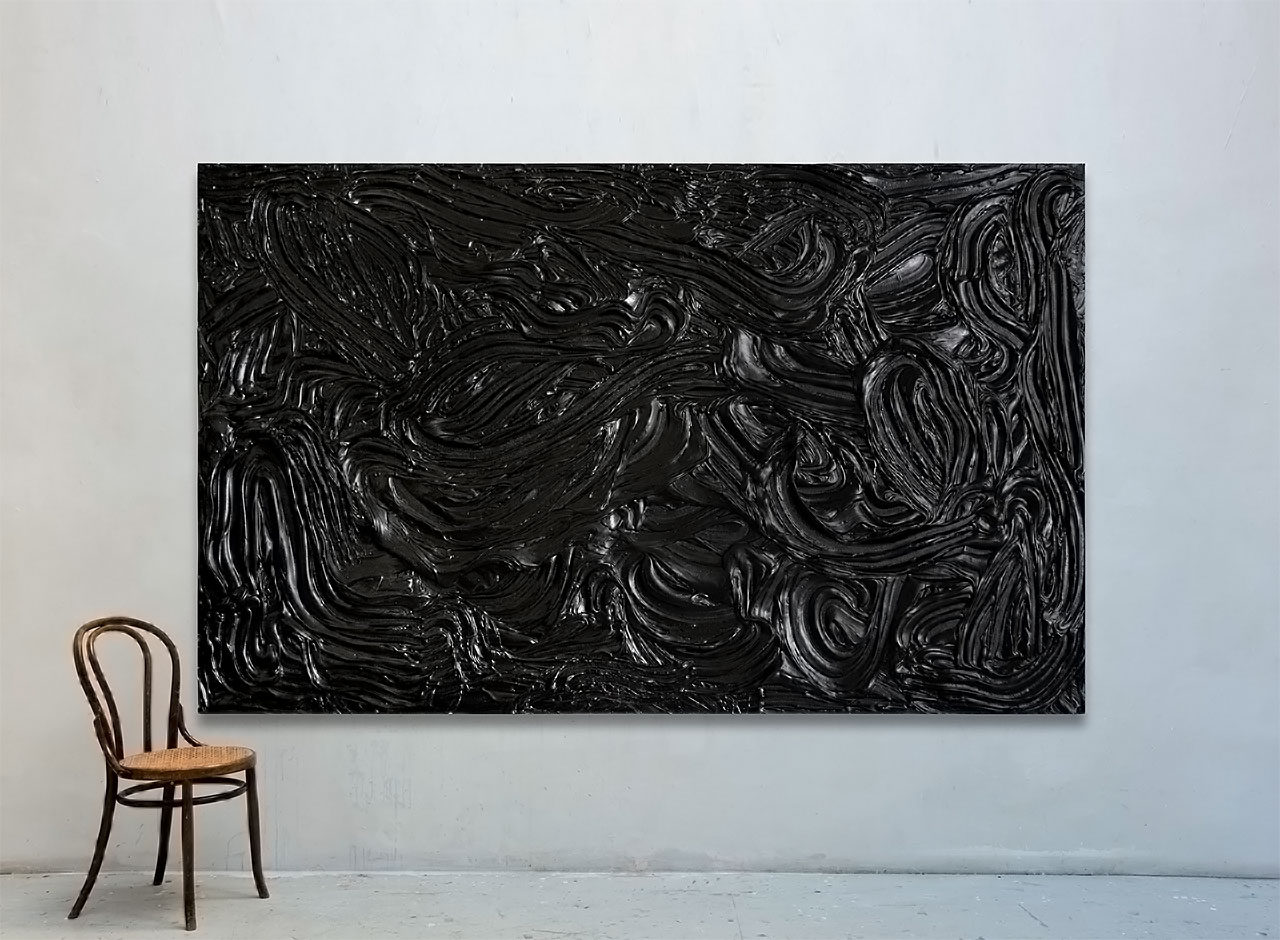 Oreste Casalini has always dealt with the terrible. Instead of finding aesthetic signs of correspondence to a form, in his works the trait-d'union is fidelity to the search for the representation of the culmination. From time to time, in each subsequent exhibition, it seems to play up the amount of involvement. As in this new small/big exhibition, where it probes the possibilities of installation, of fertilization of a space in which we are called to enter as in an arena of forces that finally find an integral expression.
The materials are used in an unusual way, open but solid forms for the works on the wall, according to an idea of painting that tends to include the dimension of sculpture, and closed but impalpable forms in the works in sculpture, where three-dimensionality tends to enclose itself in the purity of a line.
Beauty is the rule that incorporates man, therefore composition and representation of reason and excess together. Hence the title 'Arrhythmias' which alludes to a disturbance of the regularity of the form, to the fertile alteration of the rhythm which opens up unpredictable possibilities.
They are works that live in the total absence of aesthetic qualms, of filters related to taste and what is 'costumed', to what according to convenience it would be right to let into the work, so that they end up incorporating much more than they should.
By 'solid painting' here we mean a way of containing chaos, according to an idea of immanence not represented but lived to the full, the bearer of a renewed possible realism. The work is therefore the result of a comparison with the practice of art that turns into a gesture, into immediate action from which a liquid matter emerges as lava flows from an inner eruption. The space of the work is a boundary, an embankment to dispersion and disorder, and the paintings, almost in pursuit of their etymology, give themselves as 'frames', finished surfaces within which to contain the infinite. Not only sign therefore, but body and substance, organic and spiritual materials that trace a horizon at the height of which the naked perception becomes possible, the representation of a desire for the absolute that understands and erases all intellectual speculation, invades the entire painting and turns it into a solid form like that of a sculpture. Here the matter becomes rhythm, the images emerge from nothing, as if in a crescendo from station to station at every glance they solidify a different scene, the forces facing each other on all sides become clearer and clearer, the architecture of the painting becomes more evident. Until it dissolves again in the white, in the pure modulation of light and shadow, where an image appears and disappears according to the time of day, it becomes coloured by the atmosphere, without boundaries between an inside and an outside, it emerges as a pure trace of the secret energy that holds all things together.
In front of this scenario lie the black and white figures, like intermediate beings, living in a suspension of state between human and divine, forms of an ideal inevitably faceless, without representation. For every beauty there is always suffering where it is lacking. In this there is all the Western theory of the impossible creation of the body as a representation of beauty. These bodies represent it, but no one can say whether they are beautiful because of the same ideal nature as beauty, or whether that particular body is beautiful because it is well composed. These bodies are beautiful because they make all the questions about beauty possible.
'Arrhythmias' therefore is an angelic metaphor that cloaks of quality and characteristics what can not be said. For this reason Oreste Casalini can project anything on these works, or make them say anything. Just as the lover projects his love onto the beloved, so does the incarnation of the spiritual: in all cases the body is never seen in its specificity. It's only imaginable, invisible because it's indeclinable. Convulsive because that body is us.