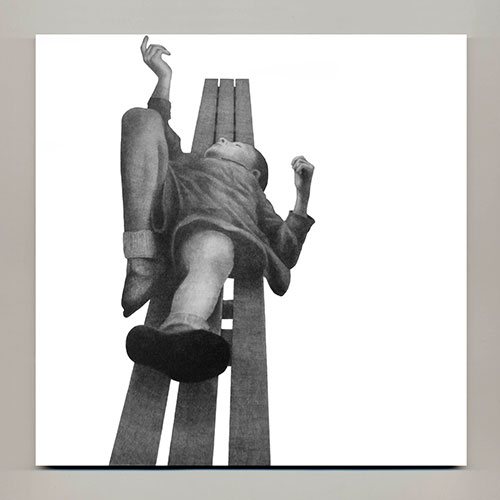 Twenty-nine days is the time it takes for the moon to become full, a phenomenon that the ancients believed unleashed the maximum potential of cosmic energy, influencing the responses of nature and living beings. The full moon, therefore, marks the peak of physical, mental and spiritual vigour, each time stimulating an awakening, like that of those who resist the harshness of society, cultural decadence, the economic crisis, the exploitation of the environment or, more simply, the difficulties of everyday life.

The twenty-nine days project insists precisely on the relationship between the awakening of the energy of nature and this drive of man. And so the dates of the full moon, used as a timetable, become a constituent element of the exhibition, an auspicious occasion and "trigger" for the expression - direct or evocative - of resistance.

The artists' vision is not housed in a traditional exhibition space, but in a place of other work, open where there used to be galleries. The place already expresses a facet of resistance, that of art and of those who continue to believe in culture.

In a period of deep crisis, not only economic, after the reflections on the need to change the organisation of the financial system and social structures, after the considerations and theoretical elaborations on the role of states in international relations, after the overlapping of incitements to sacrifice of the individual citizen, it seems necessary to look at the facets of the instinctive or determined attitude of the individual (here understood as man and citizen) towards the difficulties of today.

While we cannot, and will not, forget the large number of people who in recent years have taken their own lives in the grip of despair, we choose - on this occasion - to look at the alternative of hope. The only other possibility is therefore resistance. Resistance understood as opposition but also as affirmation, as denunciation and daily struggle, but also as a proactive act, claim and persistence in doing, despite everything.

The realisation that we live in a world whose socio-economic foundations need to be questioned unleashes that mixture of anger and disillusionment - when the cornerstones of our lives fall (fundamental rights or the social system on the one hand, ferocious capitalism on the other) - which, while on the one hand leads to darkness, paradoxically breaks through like a flash of determination, comparable to the instinct for survival.

The aim of the twenty-nine days exhibition is to propose a reading of the contemporary idea of resistance in broad terms, embracing not only an open political declaration, but also referring to a more intimate and introspective, even evocative, aspect. In this context, therefore, the view of the many facets of living is developed in a broad sense, from time to time explicitly curatorial or metaphorical.

From 30 September 2012 onwards, every twenty-nine days, the work of an artist will be presented in the Menexa space, developing at the same time online with further visual or textual interventions.

The aim of twenty-nine days is to create a micro-environment for reflection on the social and emotional condition of living today, through transversal perspectives.

With reference to attachment to life see: Giuseppe Ungaretti, Vigil. Cima Quattro on 23 December 1915 . The poet, in the trenches during the First World War, next to the massacred body of a fellow soldier, during a full moon night, expresses his poignant resistance to death.