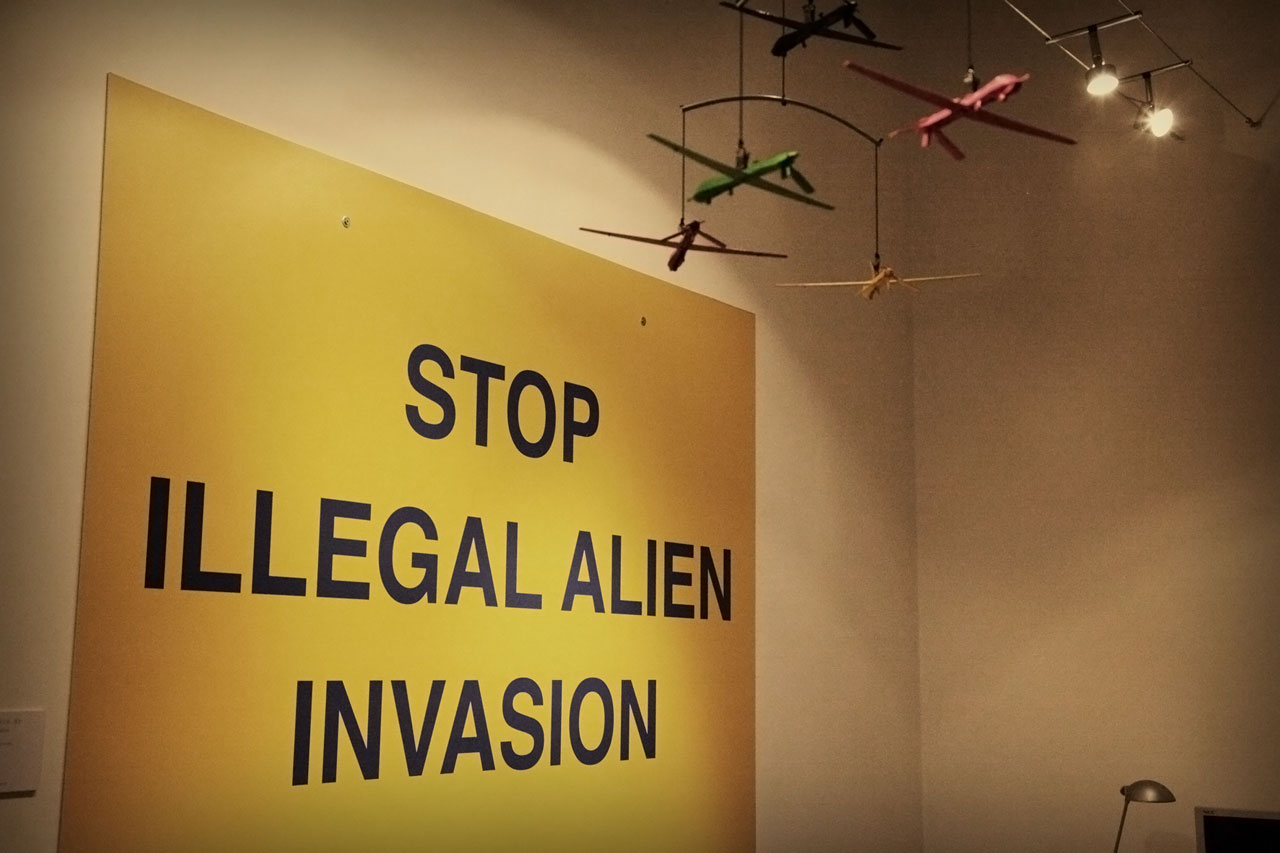 Probing the meaning of resistance in contemporary society requires us to look beyond the immediacy of opposition phenomena. Persistence seems to be the other key of interpretation, a fundamental element of the social game in which the parties find themselves to act by expressing this natural propensity, prior to the claim.

The resistance, read from the perspective of perseverance in action and intent, attaches itself to that survival instinct that rejects surrender and anticipates struggle.

In this sense the work "It's just a game" by María Rosa Jijón - taken from the series of the same name - focuses in unison on two opposing forms of resistance, the first marked by persistence and inevitability, the second by the character of the opposition.

As in an endless carousel, the continuous flow of migration and attempts to block the countries crossed chase each other. Like "equally resistant" signs of a magnet, they repel each other by implementing a skirmish that the artist deprives of the human aspect, to tragically lead it back to an enormous role-play. In his vision there are a series of elements in which the playful is confused with the real, leading a ballet of double entendres on the notes of the soundtrack of Super Mario Bros - video game and music used as torture - proposed on the evening of the opening instead of the lounge notes heard in the most recent opening.

Although the installation does not openly show the migrants, the work recounts their persistence precisely through the contrasting action of the counterpart, to underline that the latter exists only as a counterbalance to migration. This, then, is what unleashes the macabre game: the drones - used to monitor the migratory movements along the borders - become a merry-go-round for cribs and vault on those who do not sleep, projected on a border line to be built (with the inaugural performance), as opposed to its ideal demolition by continuous crossings. On the wall the billboard "Stop Illegal Alien Invasion" plays with the words in English: it refers to the illegal immigrants but looks at an alien invasion from a superficial translation.

The whole is just a game, a representation that moves on the memory of lead soldiers, water pistols, war games and bullying. And so, the intervention of María Rosa Jijón introduces the question of cruelty. That innate wickedness that manifests itself from an early age, superficiality, derision, aggressiveness, a negative force that itself requires resistance. The resistance to the cruelty of the world of which Edgar Morin speaks (I miei demoni, Meltemi Editore, Rome 1999), identifying it as the basis of all acts of resistance, even political.