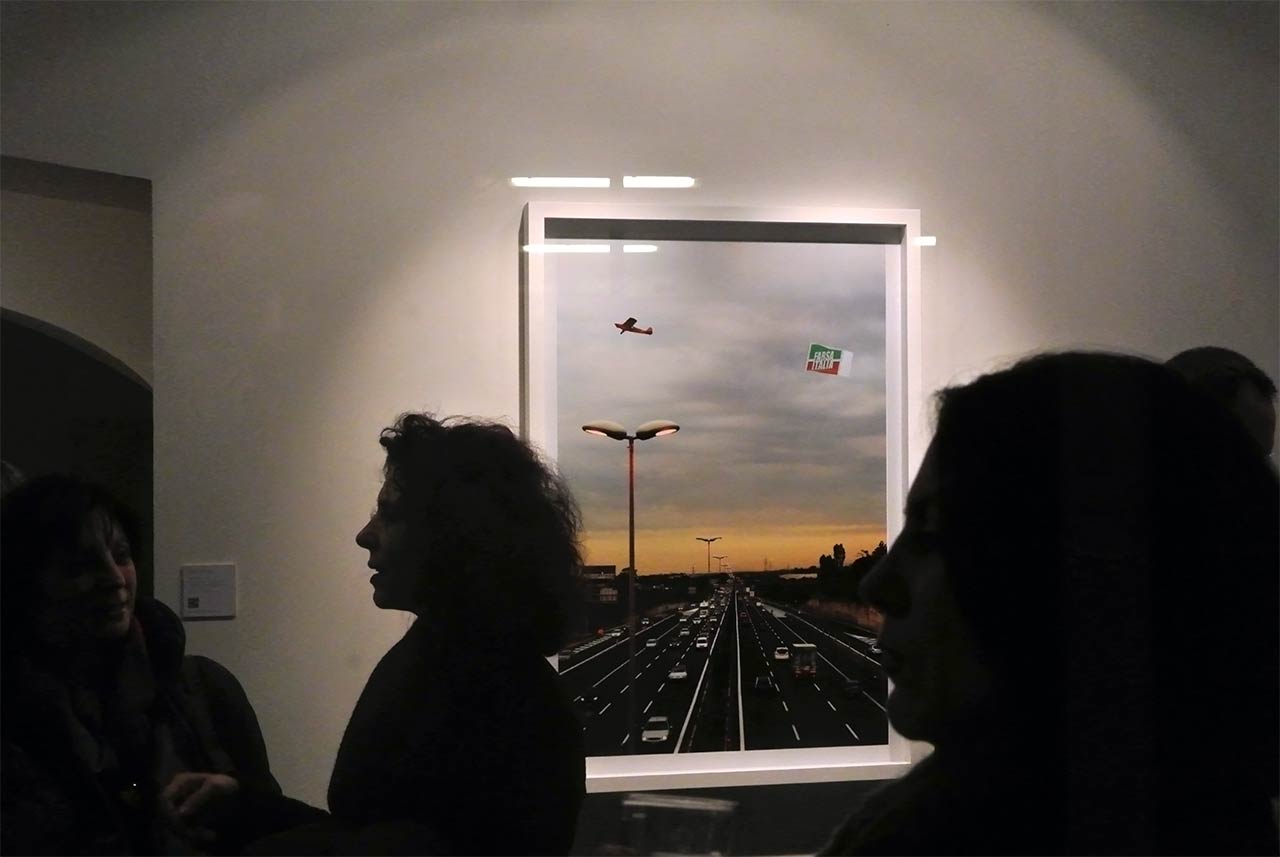 Marforio: Is it true that the French are all thieves?
Pasquino: Not everyone, but BonaParte!

Proposing a reflection on resistance in Rome cannot ignore the centrality of the power that the city welcomes and represents. Also in this sense the blitz of Iginio de Luca must be observed, placing himself fully in the Romanesque tradition of the mocking and desecrating attack on power that goes from the talking statues to Petrolini.

As Pasquino's heir, de Luca roams the city to strike the powerful by laying them bare, leaving a trace of his passage through an ironic portrait of the Church and the Italian political class. Double is the act of resistance: the message and the action of which Iginio is the protagonist. His disenchanted approach subverts the illusory nature of political communication, aware that "the security of power is based on the insecurity of citizens". (Leonardo Sciascia, Il cavaliere e la morte, Adelphi, Milan 1988). And so the artist,
mutatis mutandis, acts as a contemporary Robin Hood or Zorro, a not entirely masked hero whose urban interventions express an assumption of responsibility - even in the taste for the game - on the other hand highlighting the all too often entrusted character (even in protest) of the average Italian.

The artist presents himself as a vector of resistance, in an active participation in the political scene of the country that is not the propagandist activism of the muralists, but not even the pure guerrilla warfare of street art, although there may be references to it, as Franco Speroni states (VisualizzAzioni, Livello4, Rome 2012). His participation is made of an open dialogue with the political news, of planned reactions to statements and facts of palace or party. And so Farsa Italia, an air raid carried out on October 13, 2011 on the Grande Raccordo Anulare in Rome, is presented again in exhibition form at the end of 2012 to coincide with the umpteenth media campaign of Berlusconi, intending to run again in the 2013 elections.

It is evident the renewed topicality of the wordplay on the old Forza Italia flag pulled from the plane, which is the expression of a generalized and consolidated farce. So, after the raid - proposed in a tightly edited video with a pressing sound, suitable for the raids of a "lone avenger" - the flag on display becomes an heirloom, a spoils of war. After having waved over the skies of Rome, immortalized at sunset in a giant postcard image, it is displayed rolled up so that only the tricolor emerges: almost a sign of momentary conquest. 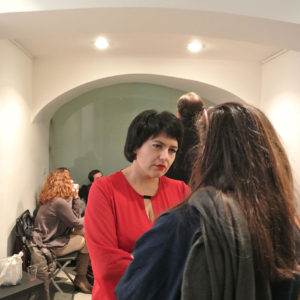 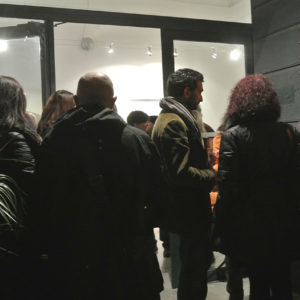 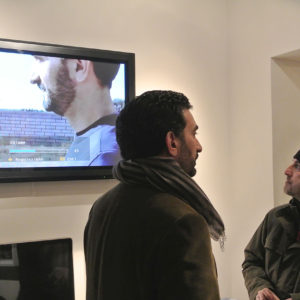 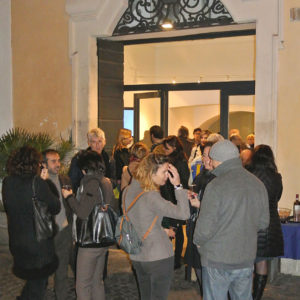 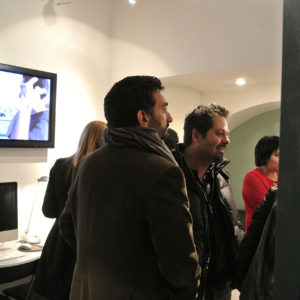