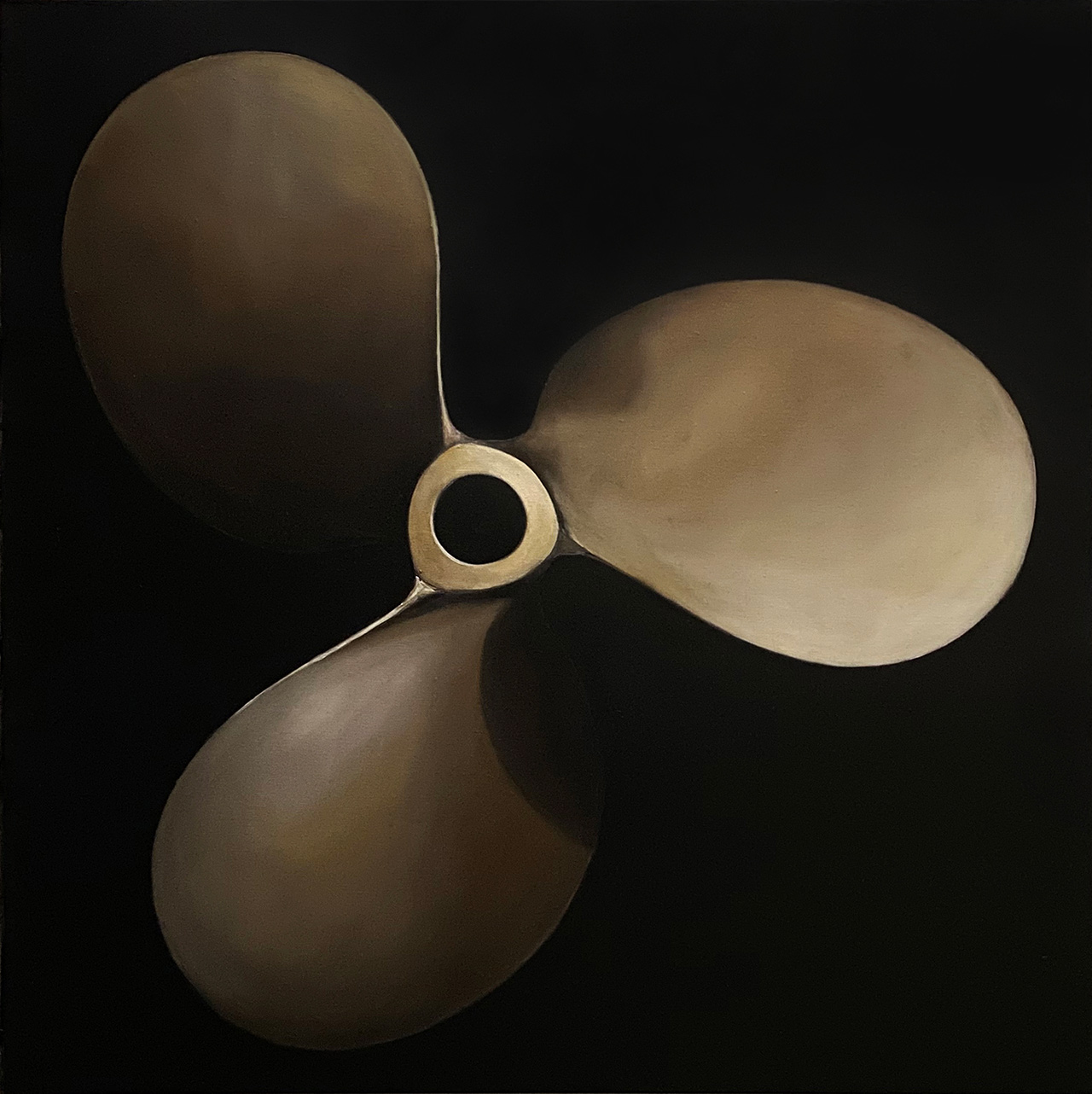 Italo Calvino (Six Memos for the Next Millennium)

It is no coincidence that at the beginning of their creative adventure, many artists have based their work on the search for a balanced and universal art, thinking of it as a means of achieving a harmony that adapts to reality. So much so that it is not uncommon, beyond the formal schemes that characterize pictorial works, to discover the poetic vein, the true total essence, in which sensitivity is channeled through an intelligent and orderly weighting that distributes the different elements contained in the painting and that make up its visual imagery.

According to Alberto Giacometti "The object of art is not to reproduce reality, but to create a reality of the same intensity" and it is certainly undeniable that at the basis of the artistic work of Costanza Alvarez de Castro there has always been a careful reading and interpretation of what surrounds us, implementing a process of reduction of details in which the representation of reality focuses the analysis and study on specific factors of vision. So in this last cycle of works gathered under the title of "Visual Infinity" the artist is strongly attracted by the decomposition and recomposition of forms in space, which allow her to circumscribe within the determined perimeter of the canvas, a feeling of finite and infinite. The artist therefore stages the contradiction of the imaginary, favoring the color and the drafting of the material, which resolves the surface through the tones, and suggestions of color. While the poetry that arises from the colors and their combination, evokes inner evolutions that manifest a certain inclination for the expressiveness of vision. Emphasized even more by the search for sober colors, with light overlapping but not neglecting, sometimes, the inclusion of a strong material component inherent in the object reproduced. Carlo Carrà said that "painting must capture that relationship that includes the need for identification with things and the need for abstraction" and the material elements that we find in these canvases, such as the various types of propellers, bollards, compasses, inkwells, etc. take their origin from his shunning of a traditional vision, from the search for a particular conception, sometimes delimiting the recognition of their origin, from the essential and inescapable emotional charge.

Inside the canvas - always well cared for - the horror vacui is the master, depriving the composition of empty spaces. Genuine is the enjoyment that the artist seems to feel in the hyper-description and in the maniacal definition of each element, dissolving the hierarchical order in force among things, whose details become protagonists "painting is more a taking possession than a representation" (Philip Guston).

The photographic cut, very frequent, from which derive the sensation of direct taking from reality and immediacy of the image to all effects carefully constructed. The choice of the subjects, handed down from a personal memory, tell us then of his refined taste for the little "observed", for the artifice able to amaze, for the unusual points of view also present in many previous works. Perspective is intended to amaze so as to accurately reveal all the elements of the subject, to show it from several points of view. Modulating it at will, on the contrary, it is free to decide which and which things to show us of reality. A reality that, as the poet Gibran Jalil Gibran says, "art is a step from nature to infinity".

View the project Out of Place