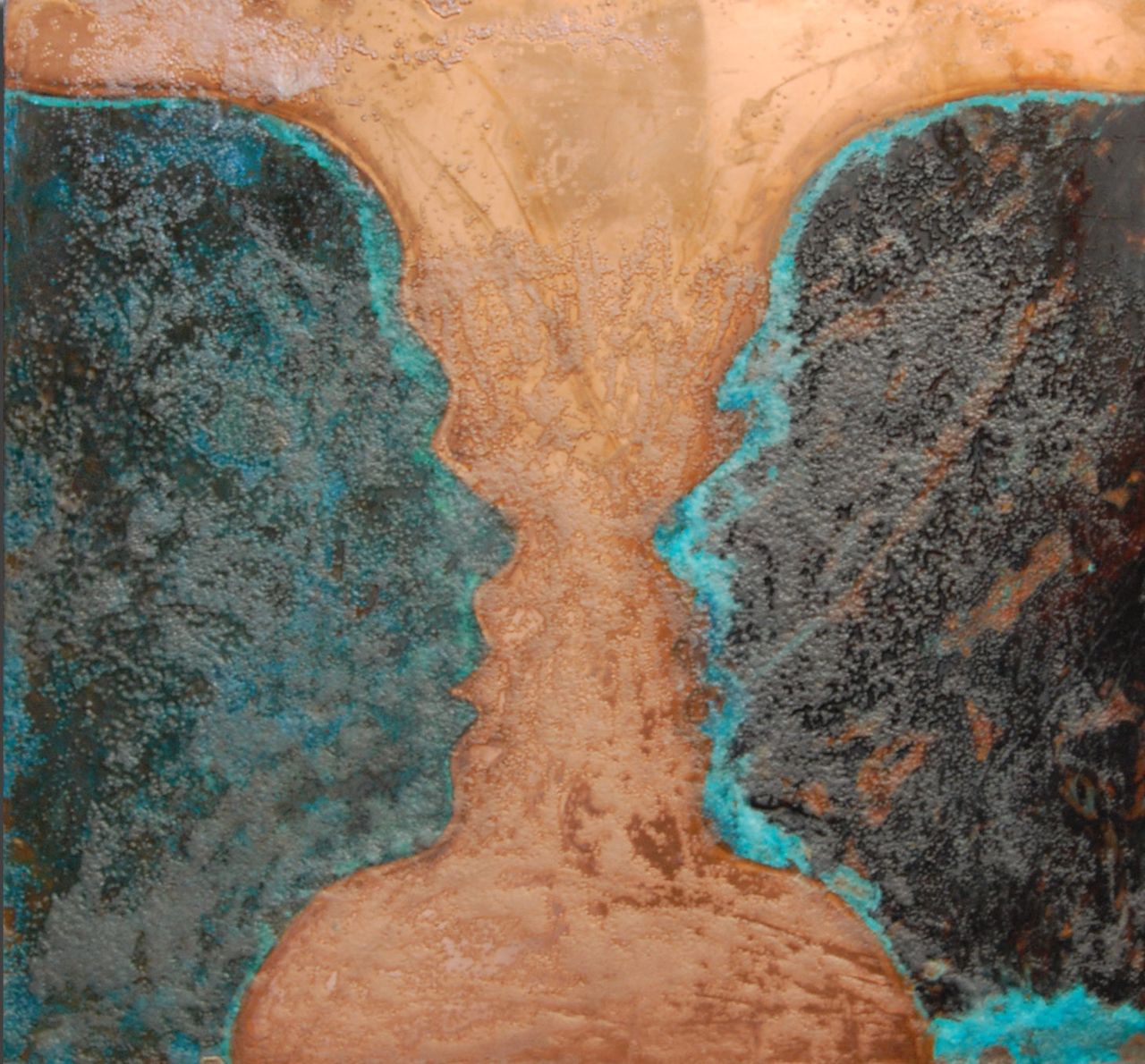 Man is no longer the one with whom day and night alternate or proximity and distance are measured. He now finds himself as a thing among things, infinitely alone. Everything that brings people and things together has withdrawn into a common depth from which the roots of everything that grows are nourished.

A series of recently produced works by Micaela Legnaioli under the title "Presenze" propose a path that leads her to operate in the space between art and life. The artist moves in an area in which the poverty of the material used evolves into a refined richness of emotional expression but clear in the labyrinths of memory. An attempt to describe a living and real image of people, whose profiles interpret the possible inner situations of the individuals themselves. In the artist's intention, the metal plates oxidized with acids and salt and sculpted want to give the idea of the possible spiritual state deposited in each of us because of the events of daily life, and in particular of the latest events that people had to suffer because of the recent pandemic.

The individual consolidates the main acquisitions that each of us experiences in life, each work is a symbol enclosed in the profile that is the image that we know least about ourselves, yet that represents us unequivocally. The artist says "A face in profile is a strong, essential, recognizable sign and it is the only one that can be drawn with a single continuous stroke.  These works say that, despite the enormous differences that separate us from each other, there is a common root in these lives. And the common root is art itself, which brings order, harmony, balance to what may seem the height of disorder and chaos, that is, life outside of being".

The indefinite engraving style of the slabs exalts the function of presence, of humanity, even if not defined. But also no longer susceptible to change by recording who we are in a given instant of "time".

The technique used by the artist, called circumductio umbrae, indissolubly binds the work to the idea of reproduction of the real and the portrait has the function of recreating the physical human presence.  These profiles are directly related to one of the oldest myths about the birth of painting, in which Pliny the Elder traces the origins of art in that distant day when the daughter of a potter of Corinth, to keep in memory the figure of her beloved would have traced on the wall the silhouette of the shadow projected by light. The surrounding space, on the other hand, represents the spirituality of the person interacting with the rest of the world. Observing these works as a whole, a sense of humanity and of an intense and suffered feeling takes shape in which the silence sent back by the "Presences" recalls us to our memory and to our thoughts.