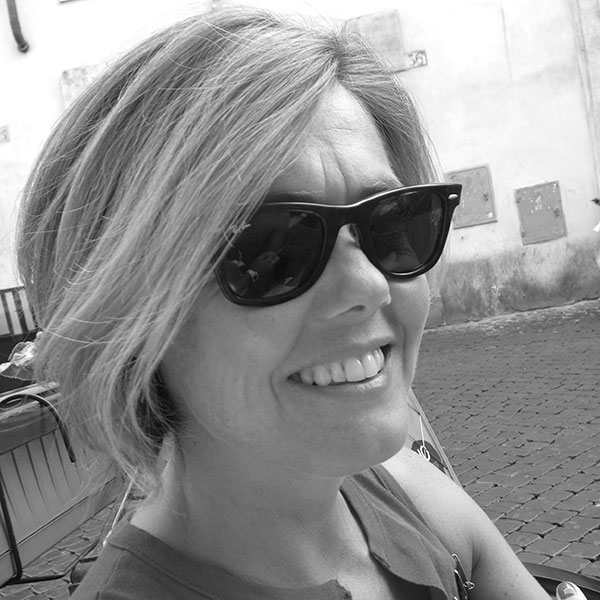 Born in New Delhi (India) in 1970, she lived in different European and South American’s countries, since she decided to stay in Rome. From the early years she had a particular sensibility for visual arts, participating to ceramics, sculpture and painting courses.

She studied at the European School of Mol, the Decoration School of Van der Logelain in Brussels and after a degree in Economics and Business she started an activity in decorative paintings, then the making of jewellery with semiprecious stones and metal wires.

A second degree in Interior Architecture with thesis in Scenography

The achievement of a second degree in Interior Design with a thesis in Scenography, in 2009, brought in restructuring shipyards where did the idea of the recovery of waste materials.

First solo exhibition May 15, 2013 at The Artothèque de Rome with the exhibition “Fiori Svelati” (Flowers Revealed) which is a very strong element of recovery as she could emphasize the curator Isabella Vitale: "The resin, plaster, metal, the different fabrics, paper, plastics are consciously assimilated and later organized in an aesthetic way, creating works that express a new meaning. You can give (new) life to what apparently seems not to have more. "

Second solo exhibition 19 June 2014 at the Galleria Vittoria with the exhibition "The game of feelings" curator Sabine Oberti: "... The artist digs deep within, in the depths of being and reaffirms the strength of feeling in the heart of 'man. Feelings, positive or negative, nothing is imposed by the artist, everything is just suggested ... The choice of the title of these works by a single letter that leaves the viewer interrogate himself ... "

Participation to the opening of the exhibition space of  Teatro Centrale di Roma with the exposition “Curve e Variazioni”  december 2014.

Selected in the competition of collective art: ARACNE - OPEN EXPO 2015 of Lanificio in Rome sponsored by the Town Hall of Rome and the fine Arts Accademy of Rome. From january to july 2015.