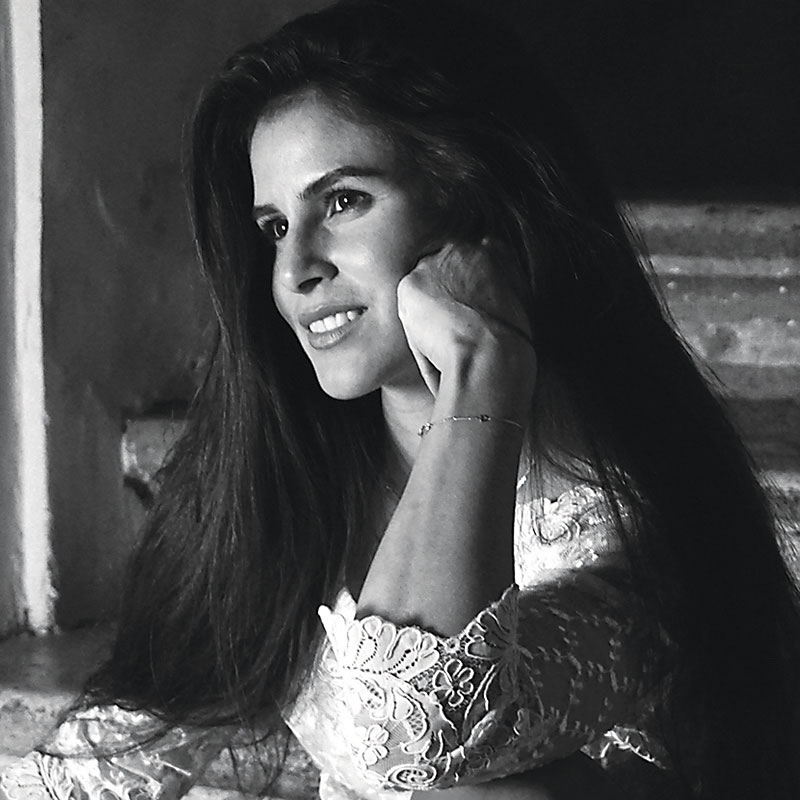 Costanza Alvarez de Castro was born in Rome 1989. Her father is Italian and mother is from El Salvador. After completing a Baccalaureate in a French school, she went to study Economics for International Cooperation and Development at the University of Rome (La Sapienza). But soon after graduation in 2010, Costanza resolved to dedicate herself to her true passion: art.

Her career began in the field of scenic design. In 2011 she participated in the filming of Me & You by award-winning director Bernardo Bertolucci as an assistant to Production Designer Jean Rabasse. The encounter with Mr. Rabasse was a pivotal one in Costanza’s career: it was he who convinced her to apply for the Institut Superieur de Peinture Van Der Kelen et Logelain in Bruxelles, where she was later admitted and where she graduated at the top of the class. In 2013 she was back in Rome, this time working on the background paintings for the stage of the Opera Theatre. The skills acquired through this experience persuaded her to abandon scenography and become a full-time painter.

Her first exhibition, curated by Valentina Moncada at Spazio Cerere, dates back to 2015. In the same period, Costanza’s Melagrana was presented and sold during the Sumarte2015 art contest in El Salvador.

In 2016, Costanza presented her portrait Carlo for the BP Award promoted by the National Portrait Gallery of London: her work ranked in the first four-hundred among more than three thousand submissions. She also hosted a second personal exhibition, Natura in Scena, curated by Giovanni Argan at Spazio Makemake. And last but not least, 2016 saw Costanza donate Martinello to the
Palazzo di Cosenza for a collective exhibition curated by Roberto Bilotti in the occasion of the six- hundredth anniversary of the death of San Francis of Paola.

In 2017, Costanza founded A painting for Marguerite, a non-profit organization dedicated to provide education for children in developing countries by selling works of art. Her third exhibition, Giorno di festa, is hosted at Spazio Menexa in Rome between December 2017 and February 2018.

Recently, she also began working as an illustrator for children’s books. Costanza continues to pursue her artistic research every day, sustained by her talent and the perseverance she has always had.