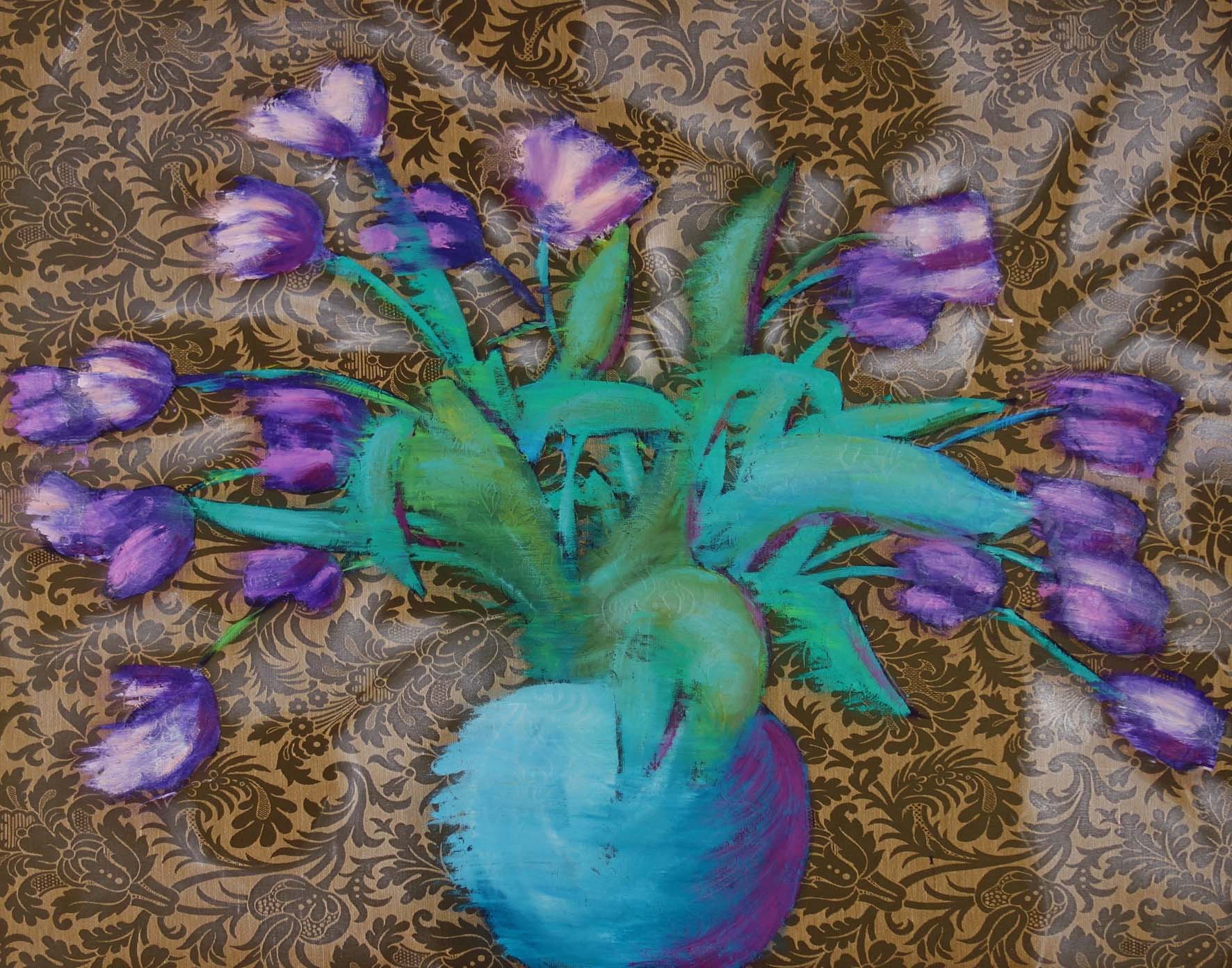 The best way to realize a dream is to wake up

The title of Hannu Palosuo's latest cycle of works, "Closing time", comes from a Leonard Cohen song and was created during the period of lockdown we have all been subjected to in recent months. The artist, under the influence of the poetic and rhythmic words of Cohen that refer to the memories of life, has resumed one of the fundamental motifs of his creative production: investigating in the meanders of his memory and the passage of time. Because reality, like history, is always traversed by shivers that come from the past, and it is only to them that the artist's memory refers when confronted with art.

The dreamlike character of Palosuo's painting is represented in the exhibition by the oils on wallpaper that recall the family's house of origin and by the still lifes on Brazilian coffee sackcloth, which recall memories of exotic journeys far away in time. A dizzying revisitation of thought, imagining other space-time visions anchored in flashbacks, faded as in old family photos. Struggling attempts to stop time, to grasp it in its flow and to make it a visual fragment. Enigmas, references and allusions, melodies of inner memory as in Cohen's poems.

In each of Hannu Palosuo's paintings - be they human figures, chairs, vases of flowers, still lifes - the importance of color is always recognizable, very evident in this latest cycle, as a means of delimiting forms and its scenic content. The subject must describe the space by cluttering it. The solar yellows, the fiery reds, the natural greens, the cobalt blues that seem to be painted by the wind that drags them across the canvas, the grays that make up the perspective and refer to traces of the past, are elements of human nature that we drag inside us. Works conceived from the inside and that generate a relationship between art and life by entering into a relationship with the social fabric to which we belong. A space where the true wheel of our existence is highlighted, the alternation of life and death, the regeneration of human cycles that are repeated over the centuries and that form our history and our actuality. Hannu Palosuo's creative adventure shows how there are no limits between the solid and the impalpable. The surface thus appears invariable and timeless, flourishes and is left behind in its radical mutation. "The next day I tried to go further. I tried to express the truest and most accurate image and I lost it " says the artist. Its substance is therefore pure mystery. Art is a miracle of life that imposes on the artist a permanent job, and the artist with his works has carried out part of the task, that of the perennial search for the "SELF".