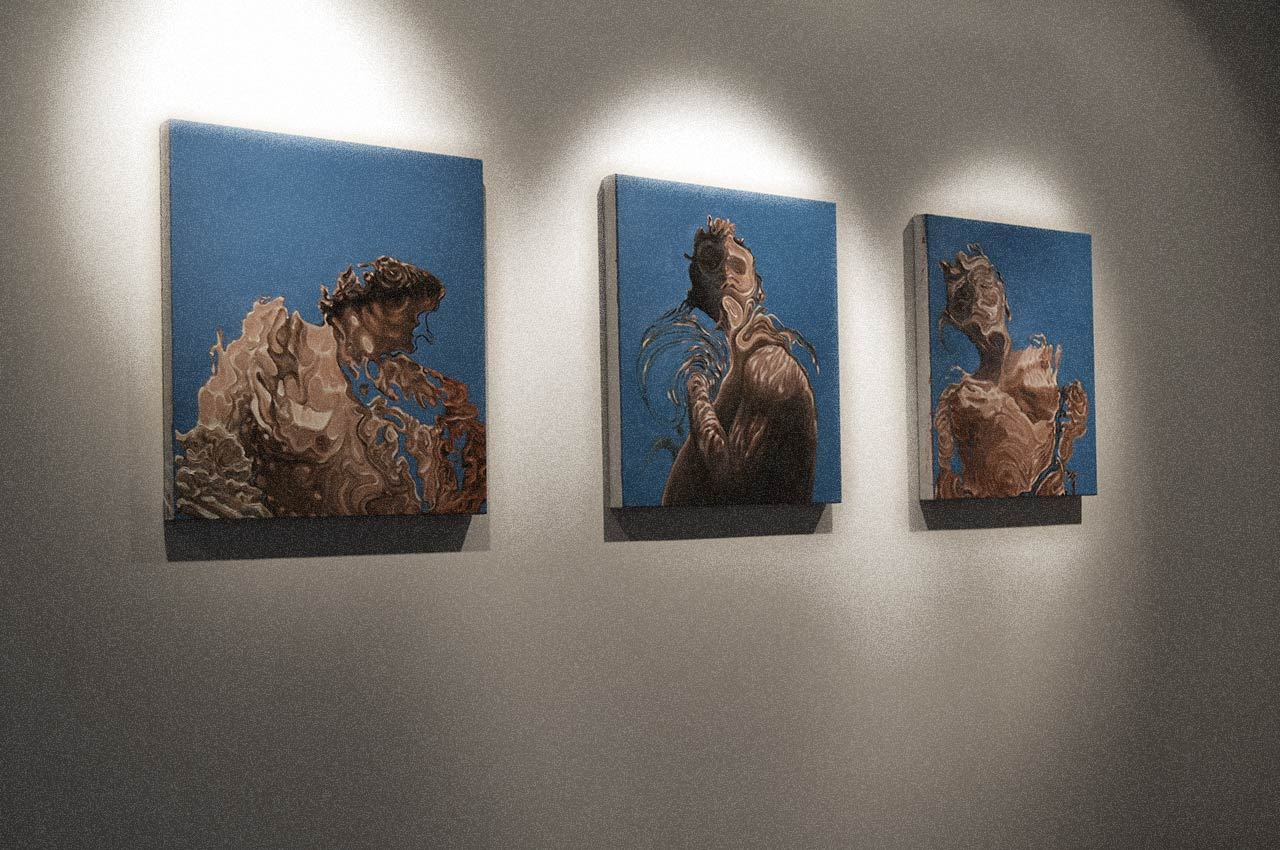 In one of the most famous images of Romanticism, the poet John Keats says that his name is written on water. The work of Nicola Rotiroti seems to be the nemesis of this concept, and to make the writing of the name imperishable, the initials with the flesh, more precisely with a mixture of flesh and image, a hybrid. In cultural dimensions different from ours, in the East, the mixed image/water/meat is much more popular. In that world there is no difference between reality and evanescence, because the time factor does not matter: whether reality is constituted in transient phenomena or in definitive facts has little difference for them. The sense of the dépense of time takes on a feeble dimension of happening, which is above all a balanced reception of the event, in view of a greater knowledge of the deeper laws. The water thickens and becomes flesh, or it rarefies and becomes image, simply. The West, on the contrary, had to wait for Impressionism to decree the importance of "surface" states of consciousness, independent from the will, and equal them to the apparently definitive ones. All this disposes us to a different knowledge of the pictorial happening in these works, where a liquid expressionism dictates new laws.

But returning to another image of Romanticism, I remember the "shipwreck" which is "sweet" in Leopardi's words. In Nicola Rotiroti's works it is as if Ophelia too had become soluble, with a feeling of death that expands through the liquid and becomes cosmic. The gentle and dramatic deformation that takes place in these images becomes pure anguish, when she takes the effigy of the return to the amniotic. These works seem to be painted from the horizon below, as if everything below the navel of the world is taking on importance for the first time, and our vision is reversed. What lies beneath the surface of the water, this liquid negativity, here takes precedence over what lies above, and the world, according to a relativity that can only be anguished, turns upside down. This is also the movement of the psyche, in which an overturning is normally necessary for the removed to reach the consciousness. This work is essentially the painter's task, pursued by Rotiroti with a liquid allure that cannot but conquer us.