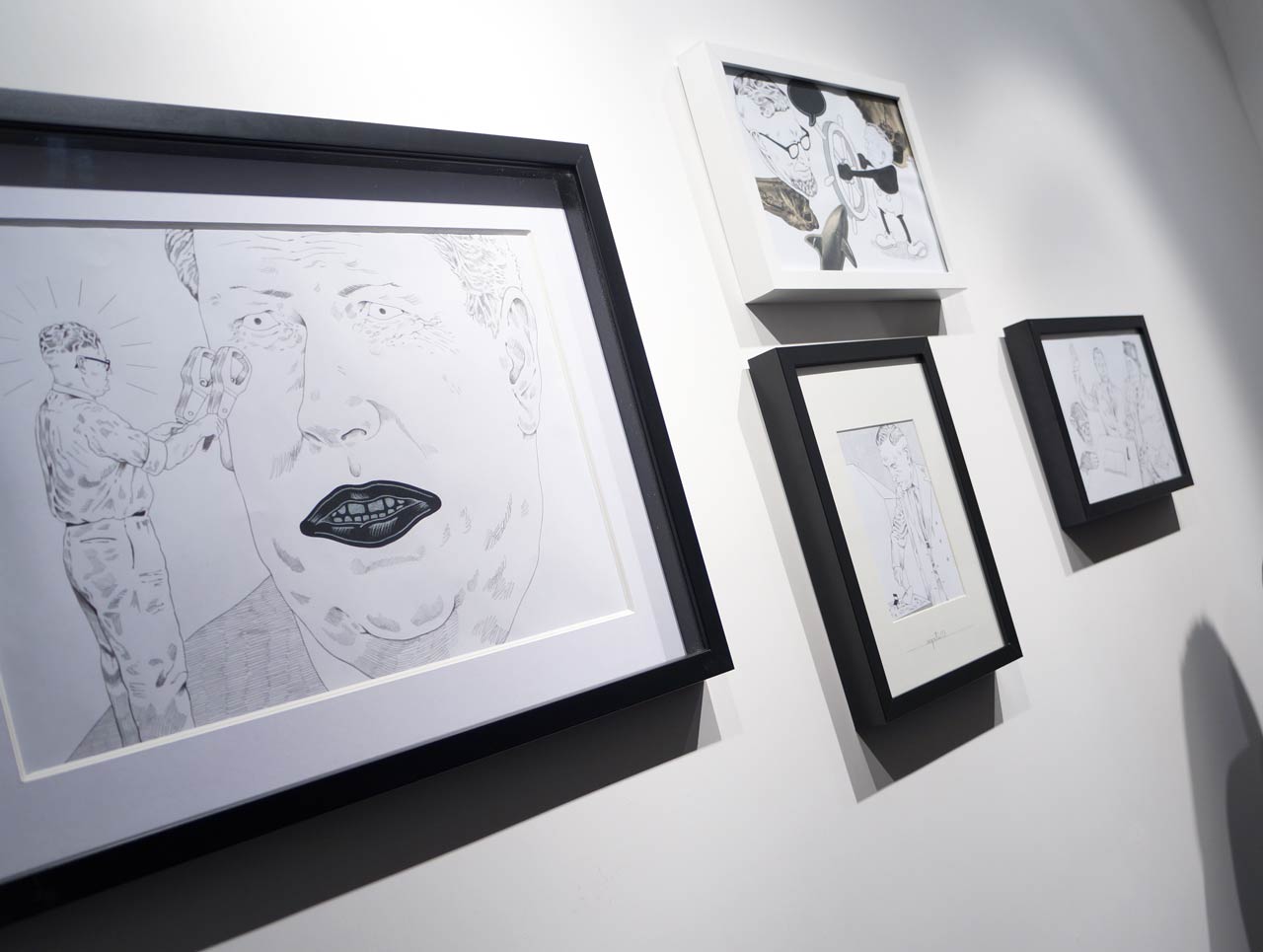 I really like the title of the exhibition by Tommaso Medugno. Persuasion reminds me of Packard's The occult persuaders, which was one of the most important texts for the culture of protest. The denunciation of being manipulated by the media circulated everywhere half a century ago; on the contrary today it seems that a joking demon has reversed the values of that culture, and you enjoy being recorded, copied, inquisitioned by a Big Brother who cares and "worries" about you even creeping into your private life. Of course this is not true, because they simply want to know you as a consumer. We know all this so well that it seems right to have removed McLuhan and Frank Zappa. From the point of view of content and style Tommaso Medugno attends a period that could contain the latest common language of aesthetics: the hair with brilliantine, the perfectly tailored jackets, the well-ironed pants worn by James Stewart in the Hitchcock movies, and all the Bogarts in the various Lubitsch of the situation, are the latest expression of a handsome, whose place will be vacant in a few years, or taken little effectively by casual. In the aesthetics of those years there was never a lack of high technology, represented by the omnipotence of the man who reaches the Moon, and this is also mentioned powerfully.

In the 80's the most intransigent Punk has relaunched the curator to the linguistic system emanating from the media, which has become substantially self-referential. In this the public grind the private with cheerful desperation, because it is useless to have a private person if the media do not deal with it, and on the other hand the private person raped by the media is infrequent even by the agents (and subjects) of the news. But Tommaso Medugno's characters seem to want to convince you that they are the good guys, that you can trust them, just like the attractive and "convenient" media proposals. All this, however, is perfectly known. I would even say that it is such a cold and stale material that it should no longer warm the heart of any true artist. So I think there are other reasons for these works. Frequenting unpleasant subjects could also be the portrait of an uneasiness, in fact investigating this respectability is a bitter task, like reviving uncomfortable subjects. Still current, however. Perhaps I can express in this way the intentions of this excellent pencil, in which perhaps the soul of the moralist, a moralist of the image and media communication, transpires.