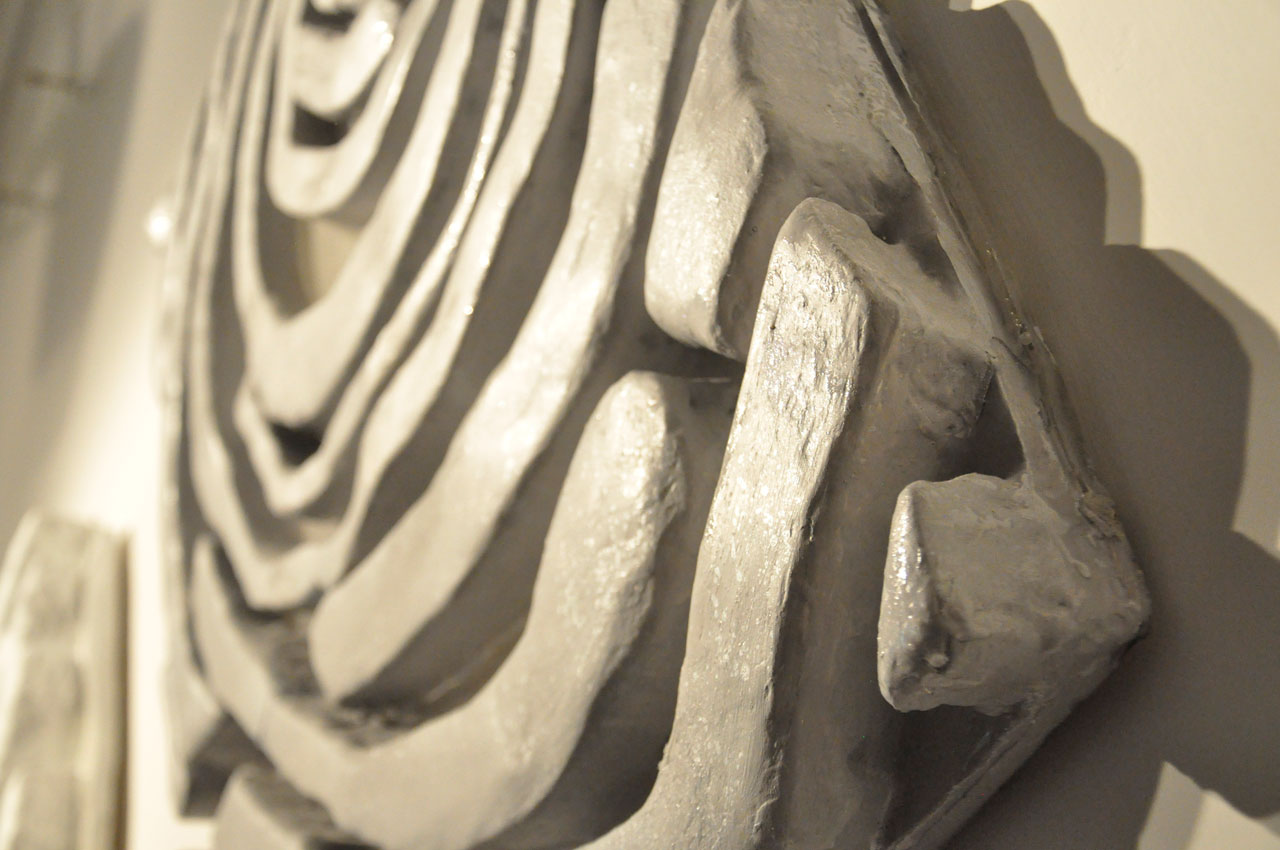 It is a beautiful and evocative idea of Micaela Legnaioli that remembers the ancient formula of Portrait completely displacing the viewer.

The artist in fact, says that she will actually produce a series of works that have, the meaning of a Portrait of certain persons; and for her proposals of Portraits these works must have all the most typical features: the precise recognition of the individual, identifying its specific identity, highlighting what is unique and incomparable in his personality.

This triggered the paradox highlighted by the artist, explaining rigorously logical and consequential its procedures, clarifying the criteria with which she has worked and is working. But the paradox is that the aspect that the artist clearly discloses the kind of portrait of the character is not the character, but rather the fingerprint, even a single part of it. And there is no doubt ascertained by science, that fingerprints are all different although structured on similar directions. Deepening we know that there are broad categories in which you can narrow down the main types of fingerprints, but these categories are very complex and difficult to define. But here comes a second aspect of creativity of Micaela Legnaioli: intuition.

It is true that the works she produced on the basis of that assumption, would perhaps be not understandable if the author didn’t show us clearly what those assumptions are, but it is also true that once you understand the creative strategy of the artist herself, the viewer can set out on the path with delight and curiosity, mixed to scientific knowledge and immediacy of perception.

We speach about paths, because visually this transcription of fingerprint in a three-dimensional image suggests a labyrinth, as noted above, being the images in relief, with a perception similar to that which you would feel while trying to walk through Burri’s Cretto in Gibellina, which is not like some of these paths but is organized in a similar way. Legnaioli produces shapes, in fact, all similar and all different and the labyrinth image is imprinted with evidence in the mind of the beholder, conditioning it.

And with what is conditioned, as a kind of compulsion to repeat the same image? With the same feeling that happens with numbers, being in front of infinite possible combinations. What is known is that the skeleton, how we could call it, of the various images, is a mixture of microscopic and gigantic, as if we were in front of the fossilized remains of a remote and petrified world. Instead, it is only the expansion of the living form par excellence, the imprint, which can be seen well only with a huge magnification.

So a kind of microscope operation, in which the idea of ​​the portrait is approaching that form of abstraction and the discovery of a common essence, allows us to understand intuitively how the differences from one individual to another are really minimal and a decisive set.

And it is as if the artist wanted us to see the representation of the concept of probability, which, as is well known, is enormous and the applicant.

So we can try, becoming the Lilliputians of thought, to enter those microscopic spaces, for the simple but fundamental purpose to know better.

It affect us in our I, the works created by Micaela Legnaioli young international artist. A research work, strong and intense, that focuses its interest on a continuing internal investigation and a model, "the man and his identity," which she already observed in previous works with obvious changes.

The exhibition Fingerprints comes from a study of the artist on the human race, started long ago, art, science, psychology and sociology with a strong symbolic value, the image of us unique beings in diversity, but then evolved with a natural abstract in matter.

The work of Micaela Legnaioli surely makes and will make speak, because you can not remain indifferent: a fingerprint customized, made with mixed media and studied in a natural way, brings us in front of a sculpture yes, but also to imagine a person in flesh with real feelings and personality, collected in a symbolic and abstract way.

Through a careful look, in fact, we can find in the seven different works on display and format, as they are dimensioned on the size of the person, seven wall sculptures in three-dimensional shape of great personality, created with a particular study related to the use of materials and consciously processed. Works with indefined margins, carved in the material, that create furrows as in life, made, shown and shaped gently with shadows. It takes a special light through the acrylic paint and the resin, which it gives a greater volume.

These works break down intercultural, racial and religious inequality. They do resurface a timeless soul, the unchanging and the individuality of the person who is rappresentaded by his own experience: for the artist is like talking to us, in the search for truth. An abstract approach that does not fail to describe the innermost feelings of the human psyche.

The exhibition to be held within the Spazio Menexa, is a project that is presented for the first time to the Roman public, in which the artist wants to create a synergy between different cultural realities, to promote the culture at all levels. The theme of the fingerprints and find our identity is more timely than ever nowadays. What better opportunity, through this exhibition, to introduce the artist and his technique of contemporary art?