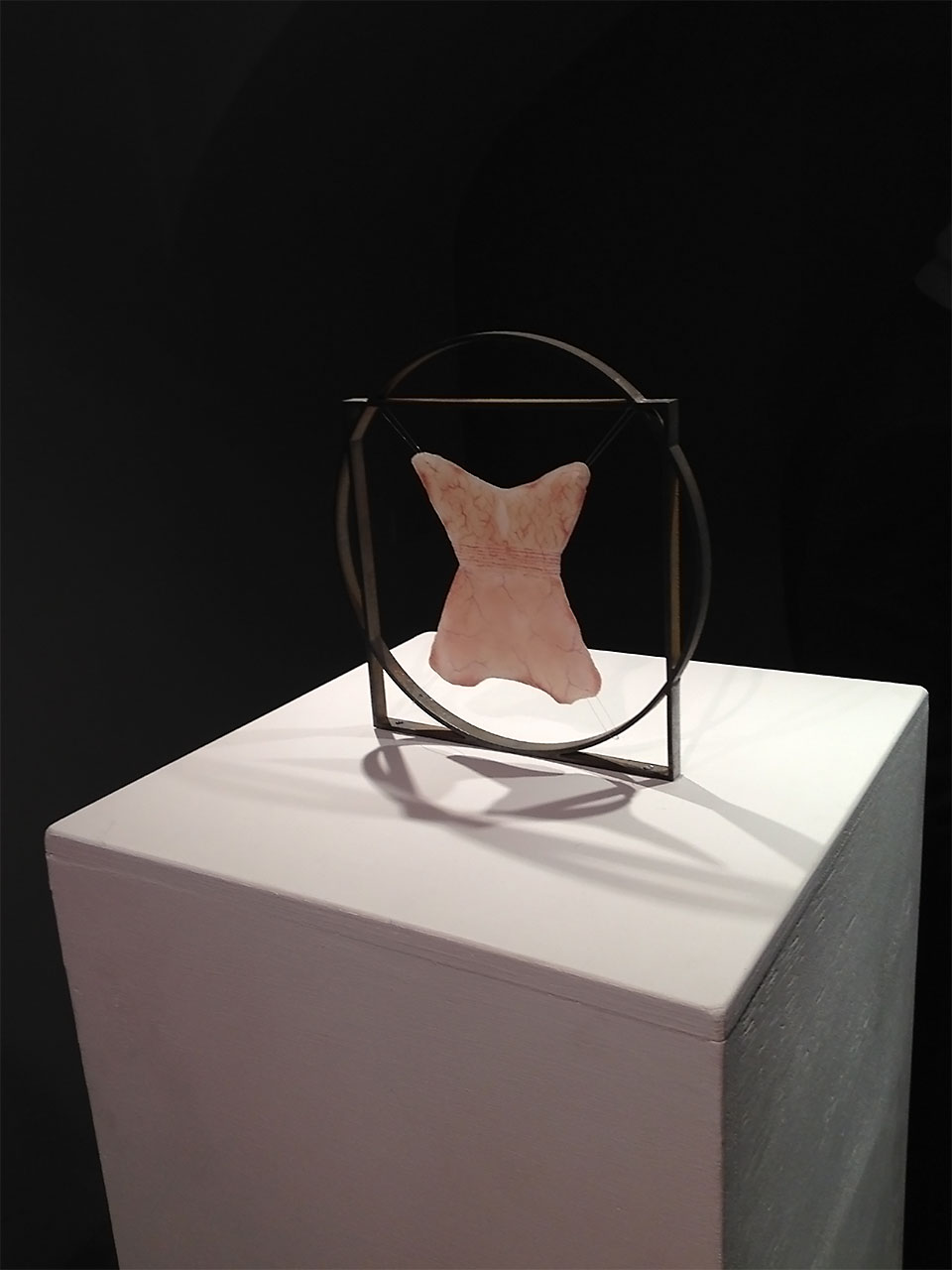 On March 6th in the Menexa Space, in the heart of Rome's historic center, you can visit an exhibition that will not leave you indifferent, which will try to unhinge ancestral fears, ancient taboos and unshakable dogmas.

This is about the "body" - social and individual - and about control and manipulation practices that violate and mortify it even today, in an attempt to derail the species and make man captivus, docile and knowable, to control his pleasure and intimacy.

If with strength and determination human rights fight against female genital mutilation, there is still little talk of male neonatal circumcision, which is the oldest and most widespread practice in the world. Today there are more than 600 million circumcised people in the world, and perhaps the world ethical debate has not addressed the issue properly, leaving the judgement to faith and ancient beliefs.

This is the starting point of Enzo Aiello's research, who asked himself whether it is ethical to practice circumcision on a newborn baby, causing a trauma that the mind will never forget and depriving the body of an important part of it, without justifiable medical reasons. The will is to open a possible discussion, giving space in particular to the voices of those who would like circumcision not to be neonatal, but a conscious choice made by adult men.

So Enzo Aiello, supported by the Italian-American organization Foregen, began a path of awareness and research on the subject and, with an almost scientific approach and method, he studied the technique of circumcision, with the simple aim of showing the real size of the censored part of the male human body.

The result is impressive, and that's what HUFO represents.

A sculpture light in form but heavy for its conceptual density of metaphors and references, in an executive and mental process that goes from Renaissance thought to Body Art: - as Lorenzo Canova's curative text quotes.

The contemporary artistic references identified by the curator are many: from the mutilations and self-inflicted wounds of Viennese shareholders, Gina Pane to Marina Abramović, to the surgical dimension of artists such as Orlan or Franko B, not to mention Matthew Barney's silicone orthopaedic devices and the hyperreal anguished illusionism of Ron Mueck's figures.

With disorienting (hyper)realism, Enzo Aiello has re-created the foreskin that is removed, giving shape to an all-round sculpture, framed in Vitruvius' geometric module, where it automatically becomes a "measure of all things".

The effect is however deliberately hallucinated and disturbing, precisely because of the severe classical harmony of the structure, which makes the sculpture raw and almost violent like a hunting trophy or an anatomical museum exhibit.

So HUman FOreskin, in his iconic and dramatic presence, turns into a hypothesis of reflection, a research proposal and an open and proactive dialectical model, in which, as in any true work of art, even dissimilar and divergent thoughts can converge, in a space of discussion in which, from now on, the problem can no longer be evaded or forgotten.