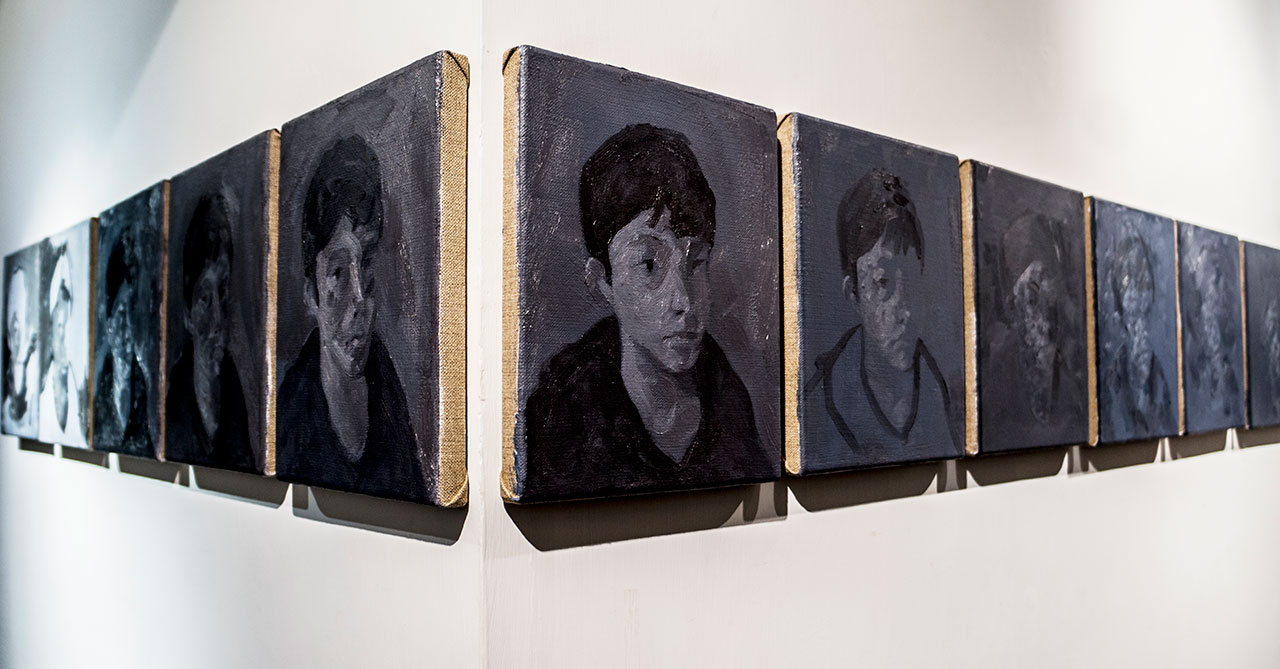 Those who have had a strong personal trauma and those who have suffered a catastrophe have a completely different sense of time than the norm. For them, time is in two opposite directions: behind the event and after the event. This has decisive consequences. First there is the dream, the joy; afterwards we live in a condition of waiting for the repetition of the event, so the remaining time seems unduly conquered, stolen, scratched moment by moment to the time after, to the future time. It is a time of escaped, wondering for what mysterious merit they have been pardoned, while relatives and friends have been stolen from them. For those who remain any amount of time becomes precious, so, in the resumption of Zenone's paradox, with a millimeter count before the next time, you live a homeopathic time, subtracted and distilled moment by moment to the event that was, in this case the earthquake in L'Aquila, but could repeat itself.

This is the attitude of Andrea Panarelli who feverishly paints his son's face twenty-nine times. This time is too short for variations to be recorded, even in the changing face of a teenager. So these faces more truly show another face, that of the father, who through these variations on a theme is reflected in the face of his son, and makes us learn a lot about him. These portraits are not the album of a face, but are the diary of the hand that made them, and through this wonderful seismograph of the soul, the variations in the relationship between father and son, finds a way to write down notes always different in the notebook of affection, and to wish a future without traumatic divisions, a life without disasters.

We are of a fragile time. Andrea Panarelli's portraits tell us about differences that are too fast to be (an)noticed, then they tell us about the struggle of the moment and the eternal, the struggle of the Futurists, of Rembrandt portraying his partner Saskia, of Monet competing with reflexes. He tells us about us, that we can only be escorted in a fleeting vision from the eye of eternity, and that we are visible only as we tremble with appearances. Volatile like the Eagle.