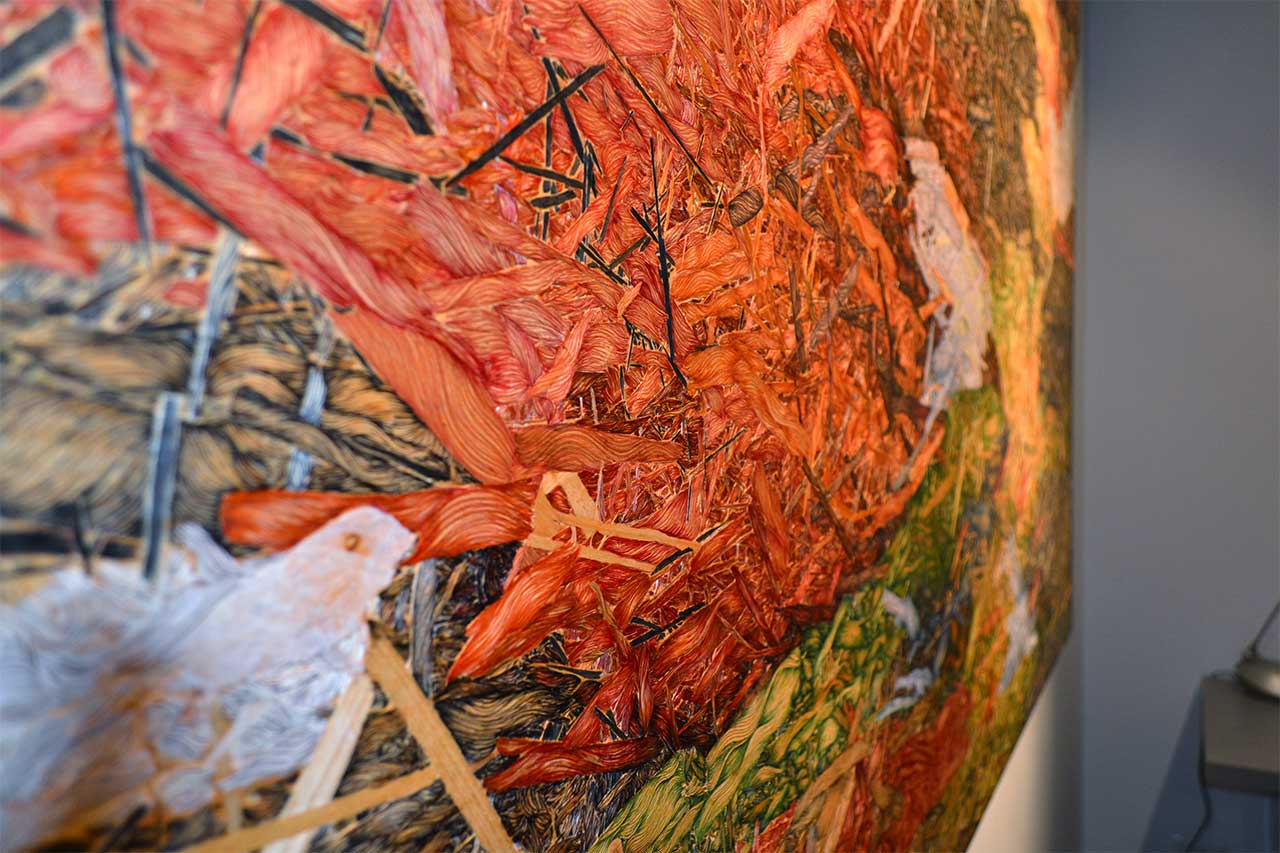 One can assign a precise moment to the birth of the Modern in art: when painters discovered that through paintbrushes one could not only reproduce the real, but also explore the unreal. Then show the invisible. I do not know if it is right to define Arianna Bonamore's works as images, because they have a density unknown to other art, the one that relies on the referent, on the dialogue with the already seen. Instead, they come from an impassable, indescribable place, and bear the signs of a process that takes place in layers. These works belong to us because they reject the lightness of the image, and entertain traffic with an intimate density. That they seem modern, at this point, seems a simple randomness. They linger, beyond pleasure, also on the long process that generated them. But, perhaps resisting, we allow ourselves to dialogue with these works obfuscated by an excess of radiation, which, moreover, comes from a dark place. Given their origin, their destiny is that they appear uncomfortable. But what we hear from them we cannot hear elsewhere, and exclusivity is the only value that has never sought approval. Arianna Bonamore's works also entertain themselves on their pale intermediaries, those wooden ghosts who offer themselves as a canvas for the apparition. They speak to us of medieval hands that still do not know the poisonous magnificence of the spectacle, and rely on the sign. But from these private oceanographies is expressed the only ars. The toughest, the most demanding, the most obstinate, the only possible love.