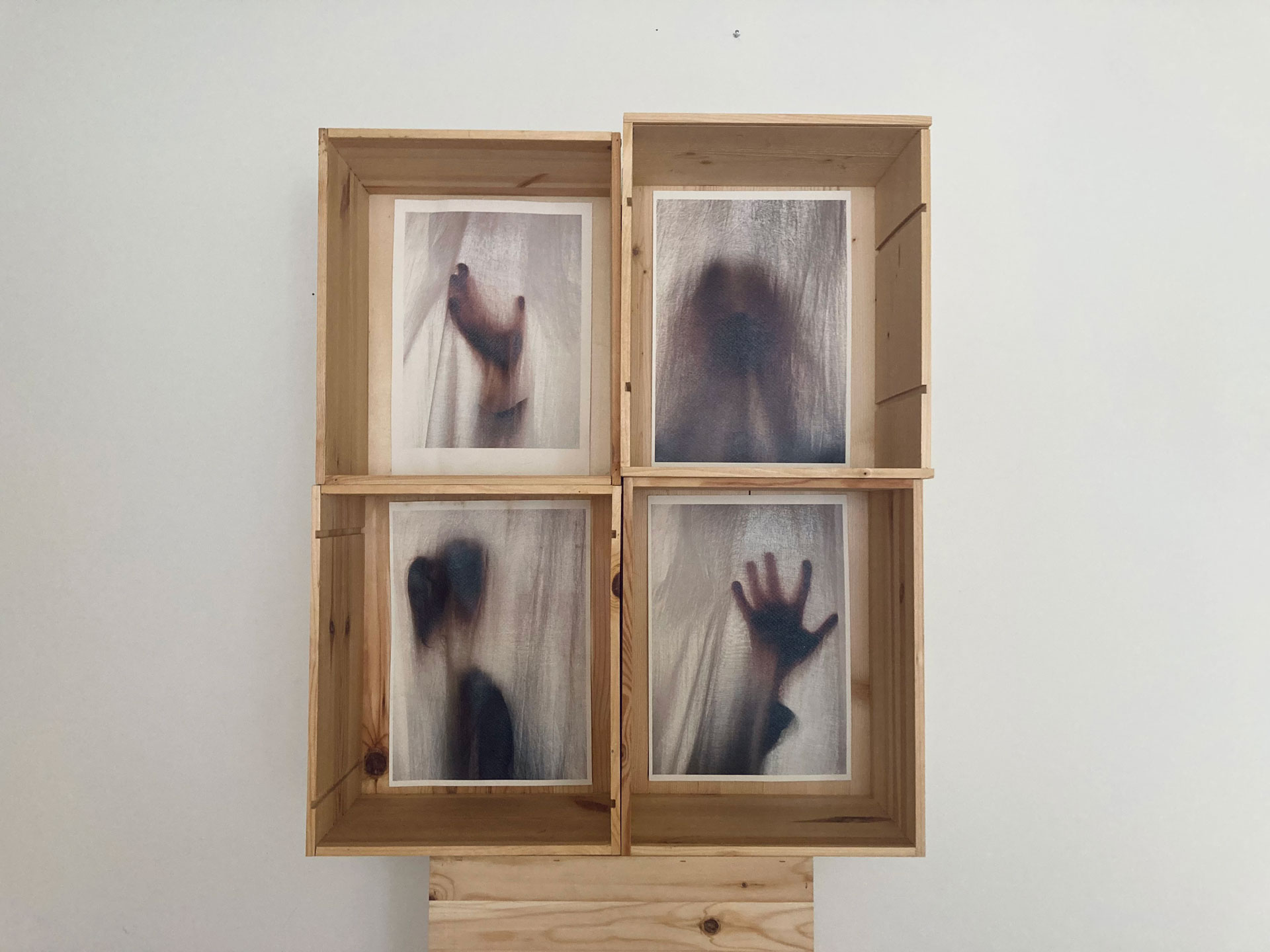 Leda Patasheva presents a series of works that describe the blossoming of encounters between human beings, religions, different languages. Inspired by the long tradition of the eternal city, the artist feels Rome welcomes her and makes her feel at home, and she describes this impression.

Leda has always sought to photograph symbolic, unique moments of life, representative of a particular culture. Now enriched by her continuous encounters with different worlds, the artist has honed a sensitive and refined eye, which can also capture common elements in diversity.

Gestures, postures, glances that for their intensity and eloquence are moments that unite human beings of all latitudes. Elements that make communication possible

In these photographs, the artist captures a gesture in motion that is directed towards the viewer.

The request is then set in a wooden case, in the traditional fine wine box, giving a message that goes in opposite and contorted directions, a gesture protected by the wood but at the same time also constrained and ready to return to the dark as soon as one turns one's gaze.

In fact, the image remains indistinct, unknown, coming from nowhere, from the unknown, and it is precisely this materialisation into a monochrome colour, an unfinished, merely thought-out desire that gives the shimmer of universal art, which says without needing to explain!

There remains the shadow of an intention whose end we do not know.

Leda surprises something in the bud, a prodrome of encounter, and places this delicacy in the place of fine wine, also a metaphor of encounter, of movement towards the other, in conviviality.

The poor, untreated, non-prized wood of the boxes recalls the great Italian art of the 1960s, when Germano Celant baptised "arte povera" (poor art), an art rich and fertile with concepts, all absolutely expressed with simple, easily salvaged material, in the hope of focusing the spectator's attention on the meaning and message of the work and not on the easily monetised material.

The works can only be enjoyed from a frontal point of view, that is, from an attentive and private position, giving a defined space on which to linger. This is the artist's last piece of advice for the meeting, you have to give your time, responding to the intention in an action of breaking the veil that divides and separates: Indifference.

Overcoming indifference, a gesture asked of the spectator, who calls him engages him.

The artist puts his works at the service of the most needy, in this case the value of the work goes beyond the object and this exhibition, but becomes a performance where the viewer completes the soul of the exhibition, in fact all proceeds will be donated to charity.

All proceeds from sales will be donated to the Circolo di San Pietro family home.

Leda Patasheva, (Sofia 1974) chose to meet and travel when she was a student at the Russian diplomatic high school in Sofia, then studied French literature at the University of Geneva, specialising in translation, six languages, at the UN, without ever straying from her expressive channel, photography. She took part in the Master Class in Photography at the Sofia Academy in 2006.