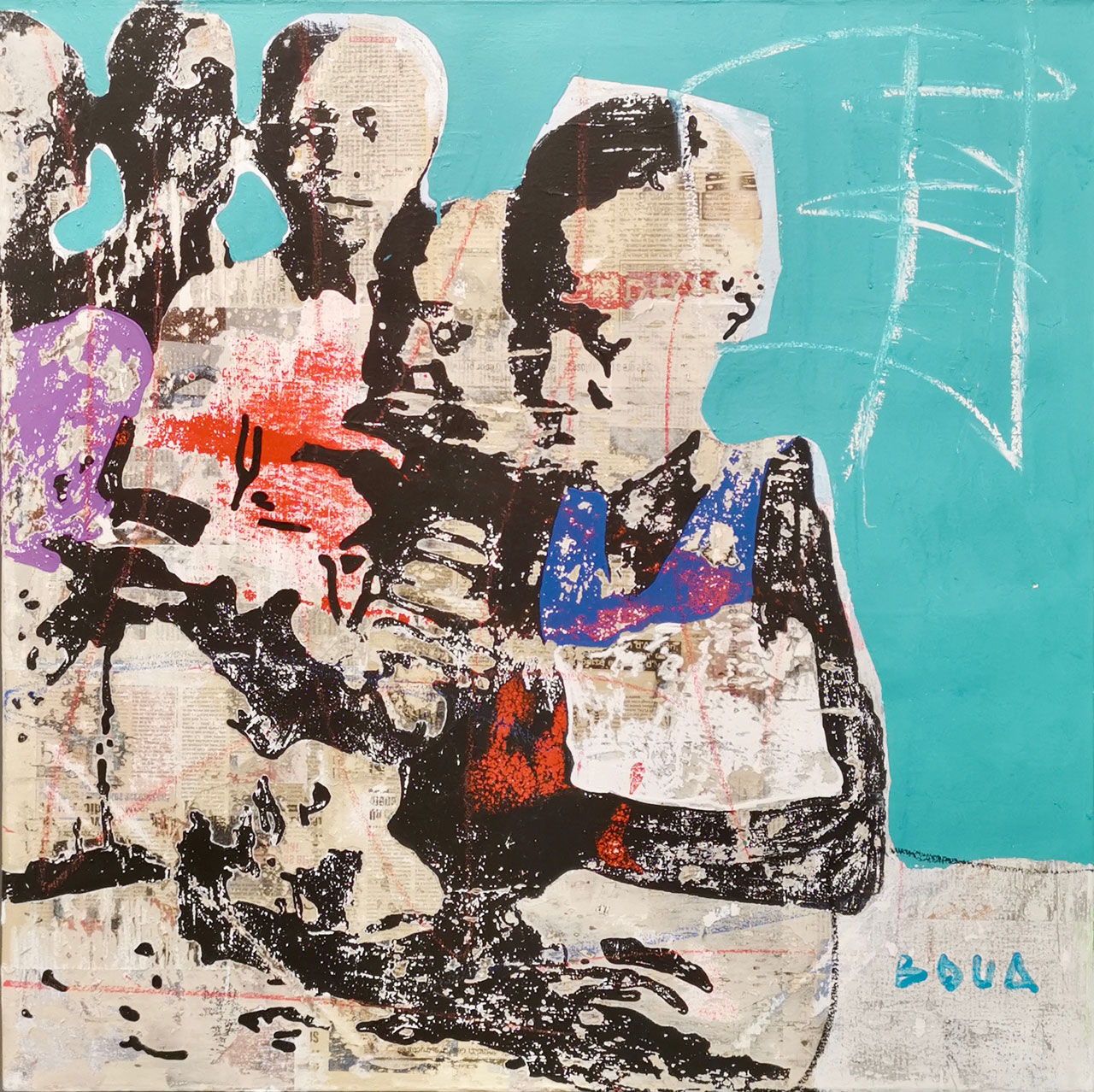 Curated by Alessandro Romanini in collaboration with LIS 10 Gallery

An exhibition that intends to operate on the profitable wave of paradox, attempting to stage, to fix in a snapshot a living matter in constant evolution, which genetically refuses to be enclosed in categories or stages while not renouncing a theatricality that is a ritual and not a mere aesthetic element.

Contemporary African art that acts on the borderlines where freedom is at a maximum and schemes minimal and, above all, in those areas where dust has no time to settle, because movement and metamorphosis are the only companions.

"Africa is the place par excellence of chaos and metamorphosis," states Simon Ndjami.

A continent made up of 54 countries, over 1.3 billion people, almost 70% young, hundreds of ethnic groups, linguistic and iconographic forms, with thousands of years of cultural instances transmitted primarily orally and independent political forms that are often no more than 60 years old.

In the span of six decades, these countries and forms of expression have moved on from the claim of identity of negritude-as witnessed by the pioneering Dakar School-even in the artistic sphere, following the example of the great fathers of the "new free Africa" such as the Martiniquais Aimè Cesaire, the Guyanese Leon Gondrand Damas and the Senegalese poet-president Leopold Sedar Senghor, to the stylistic features and dynamics of the so-called diaspora, all the way to today's original forms in line with Edouard Glissant's concept of "creolization".

A concept that sanctions a synthesis of the dialectic negritude - assimilation, thanks to the modern expressive koinè of the artists of the ancient continent, able to maintain the link with that ancestral titanic instinctiveness and the ritual dimension of the creative act, with attention to new iconographies and the dynamics of the international artistic debate.

The group of artists gathered for the occasion testify to what has been said and, above all, highlight with their works how much they are indebted to that "Ambiguous Adventure" mentioned in the title of the novel of the same name by Cheikh Hamidou Kane, which triggered a struggle for the re-conquest of an identity lost and at risk of liquefaction due to the pervasive technological invasion.

Only the struggle offers the real dimension of the value of an element, something that is often lost in the placid pace of contemporary Western art, marked by structured patterns and values.

Works that are able to keep together in the same diegetic enclosure, the identity and iconographic roots with a dimension that we could define archetypal in Jungian terms, thus allowing to interpret the semantic dimension to all observers, regardless of ethnicity, language, religion, culture.

That is to say, able to keep together the genius loci, the autochthonous local roots with the universal conceptual dimension.

The works on display also testify to a postmedialism that is not the assimilation of a Western status in the artistic debate, but a genetic condition, linked to the magical dimension of artistic action, inseparable from their creative process.

Hence the free and unconditional use of media and supports, of materials and techniques, genres and registers, often synergistically crossed in the same work, where the categories and distinctions between the arts of space and the arts of time fall and where the logical-geometric artifices, from perspective to gestalt schemes, jump to the benefit of an expressive all-over that invests the surfaces entirely.