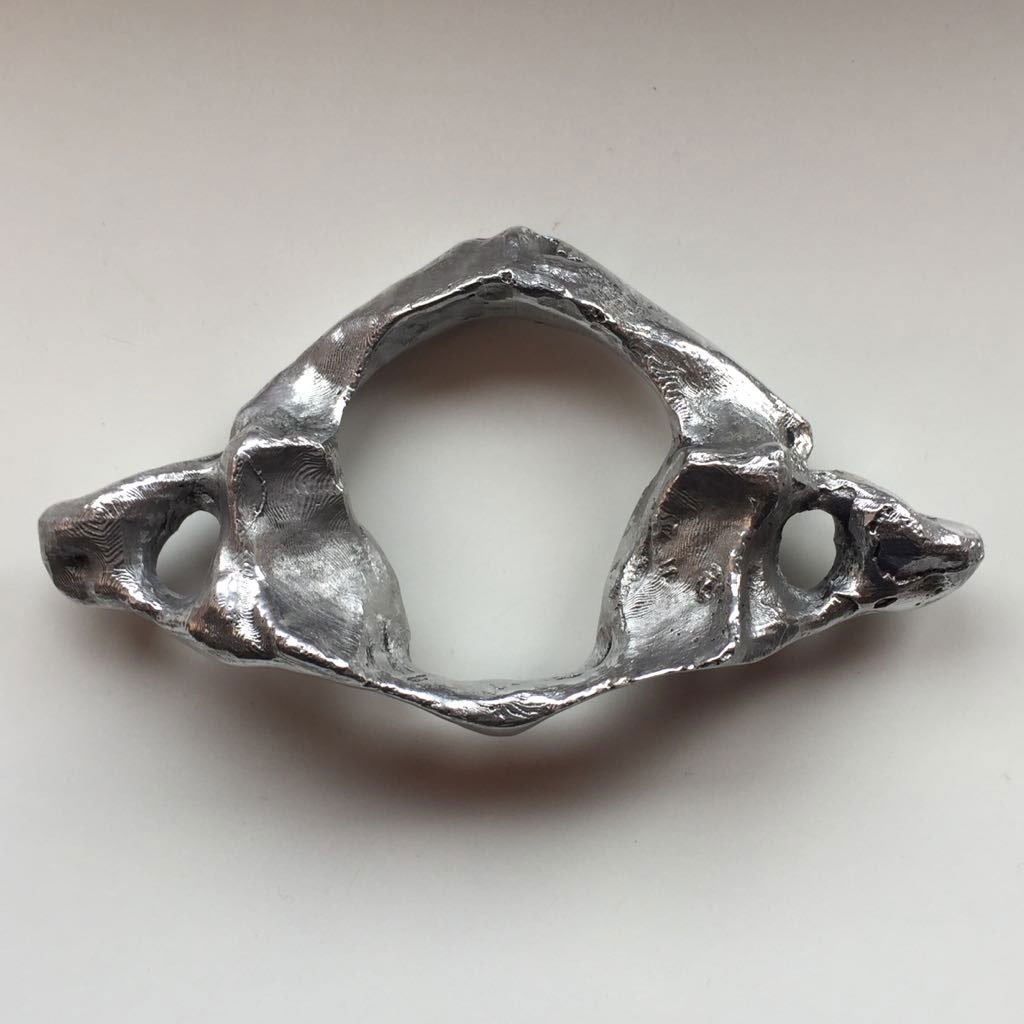 BETWEEN SKY AND EARTH
In anatomy, the atlas is the first vertebra, placed just below the head. It allows advantageous mobility of the body by forming the joint that connects the skull and spine. His name recalls the mythological Atlas because just as he is the support of the world, this is support and support of the head. I must therefore think that the world has the role of the head. I see the brain as a vibrant tingling of input and thoughts, distributed in thinking space like continents. They move and range independently from the support, carried around by him. They turn to others as to other planets. Atlas connects the body to the head therefore, which is, of course, part of the body, but at the same time flies forgetting about it. I now have a separate image of it. My body however walks directing the head not only as a thought but as a ray of vision and collaboration with others, of interaction. Atlas is called "Telamone", a name also used to designate a volume that collects maps or illustrated maps. A translation. The Atlas is, ultimately, the door of comparison, the connection of the traveler with the place. By abstract it becomes the world itself, or the head itself, of which it was only meant to be a support. In the moment of abstraction, one walks close to the idea of symbol, almost a door of imagination. Its structure, however, in Davide Dormino's work, is transformed into matter. In the way that best suits him, that is, sculptural, material, sensitive. The work invades and occupies spaces. As an idea reveals new possibilities. It happens by inscribing a sign in the idea itself because the sign makes the material alive. Not flesh, of course, but iron, shiny surface and then paper, opaque world, a trait that flanks and walks along forming the drawing. Each variation of material support reveals new capabilities and potential. The stroke shows the graphic path, you follow the drawing as you follow the bones. The skeleton of man flies away from it, its symbologies are in the role it plays. The history of the name and of what happens around it peeps out. But it is only an instant then he takes refuge again in his thoughts. It remains that something is, and is engraved, alive, and signals the space around it and looking at it, entering, I signal the space around me, I signal that I am tall, wide, deep, I move, I think. All thoughts fly away and become imprisoned in a new form that we will call vision. Not exactly an icon, as they say, but rather a shining and sculptural aggression of space. A door of communication, not alchemical, but visionary between signifiers and meaning. And then finally site specific action, purely artistic. Action that invades and breaks through spaces. It measures them, makes them a new state of mind, a new setting that can be crossed with the body. Impressing itself in the eye, I would say it can be crossed with the mind, finally visible with the body. Manifestation of a material form. Thinking between heaven and earth.