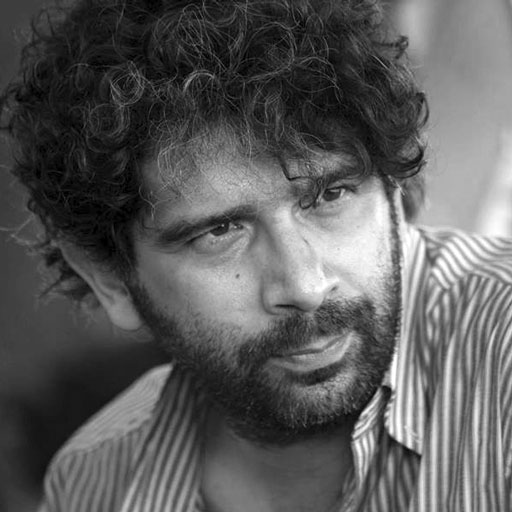 Fabrizio Pizzuto is a Sicilian writer, exhibition curator and art critic. He graduated in Literature with a degree in Contemporary Art History at the University La Sapienza in Rome, and specialized in Contemporary Art History at the School of Specialization in Siena, directed by Enrico Crispolti with a thesis developed after a residency in Paris at the Citè des Arts for International Art Meetings in 2006.

In 2018 the itinerant project 10 little indians was also co-authored, with a selection of 5 artists and 5 critics under 30 on the international scene every year.

He co-founded and managed the Condotto C space in Rome (2008-2010), and has collaborated actively with numerous Italian galleries including Edieuropa in Rome and Fuori Campo di Siena. He has participated in numerous artistic events in Italy and abroad including Videoakt - Biennial of video art in Barcelona, Spain (ex LOOP) and Abstracta 2012 - International Abstract Film Festival. He has collaborated with the Academy of Romania in Rome, with the Embassy of Brazil and has curated exhibitions and written texts for galleries and exhibition spaces in Italy and abroad, in Chicago, Berlin and Havana in Cuba. He has published texts in numerous catalogues including an experimental writing text in the Reef (Roma Europa Fake Festival) 2010 collection by Derive Approdi with a preface by Bruce Sterling.

He lives and works in Rome. Sometimes it's even traceable.