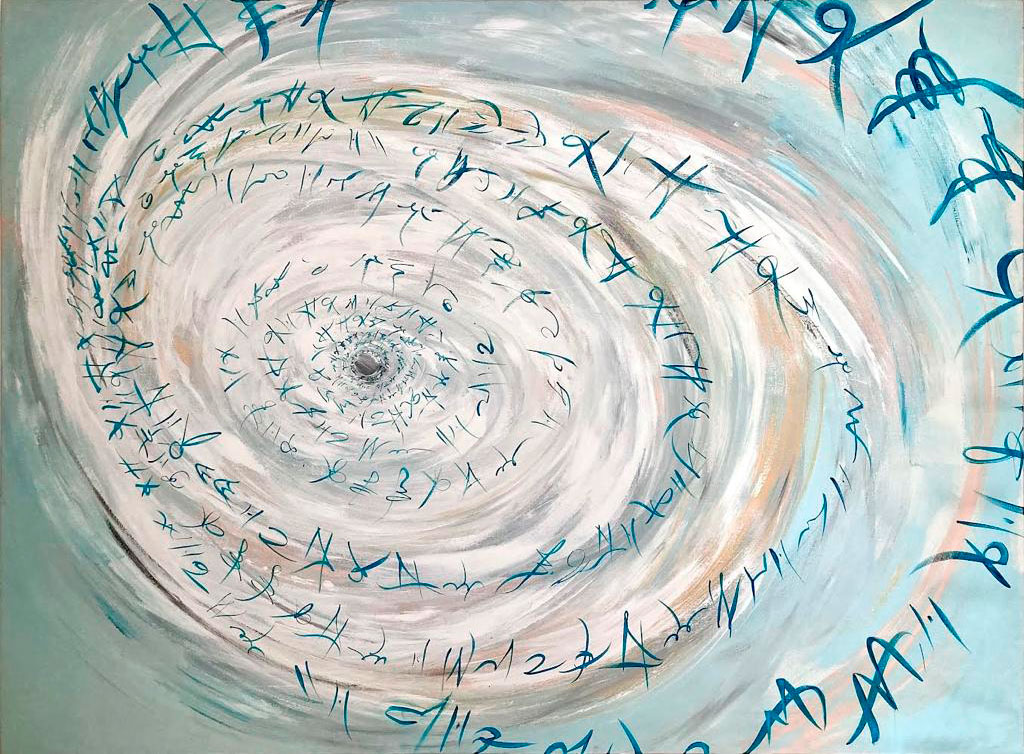 There is an extreme balance in the night sky that unbalances and enraptures the gaze of human beings. At the same time it requires precision, calculation. In order not to get lost. The approach to the stars for an artist like Silvia Iorio is equivalent to tracing an interior geography, an investigative language. The macrocosm that scrutinizes the microcosm as in an inverse astronomy that would have pleased our Renaissance philosophers. His large canvases and cosmographic maps call to mind the seventeenth-century star atlases of Andreas Cellarius, the greatest Dutch cartographer of the celestial vault. At the same time, the codes applied to his stars create connections with the lighter signs of Cy Twombly, an artist Iorio loves very much, and to the "dancing" lines of Brice Marden. Both students of Franz Klein, the most sign-like and intellectual of the protagonists of the season of American abstract expressionism.

Astro has the same root of abstract, recalls the Roman artist, who lives and works in Umbria. So her first personal exhibition at the Kou gallery is entitled Astreia, in ancient Greek "starry night" or also "daughter of the stars". It was also the name of the divinity of purity and precision. Poetry and mathematics. The anthological exhibition traces in sixteen works (of which three are furnishing components that form an environmental installation) Iorio's artistic itinerary, from one of the first monochromes on paper to the "colored noises", watercolors in whose palette metal scales and gold dust are mixed. From the "carte cotta" in deep blue and pink outline that have the soft reflections of an ancient oriental fabric to the cosmographies and the galaxy-code, large format works made especially for this exhibition. As in one of the theories of the universe, Silvia Iorio's world moves by "inflation" from the dense monochrome to the multitude of signs.