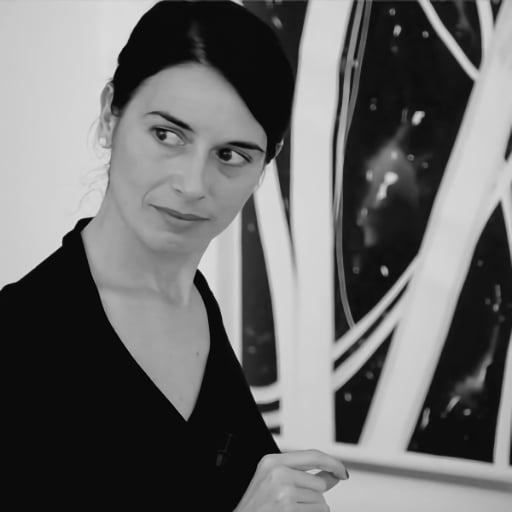 As a young girl, she assiduously frequented the Etruscan necropolis of Cerveteri, where she discovered an intimate closeness with the timeless nature of the place, which inspired her first miniatures. He passionately collects rare specimens of meteorites found in Umbria, thus continuing his grandfather's extraordinary collection. After spending two years on the French Riviera, he returned to Italy and began his artistic research, inspired by his studies in Molecular Biology. He began to paint using contrast media at the National Research Center (CNR) and entered the Synchrotron of the National Institute of Nuclear Physics (LNFN). Later, the attendance of planetariums and astronomical observation centers make her discover the macro dimension of existence.