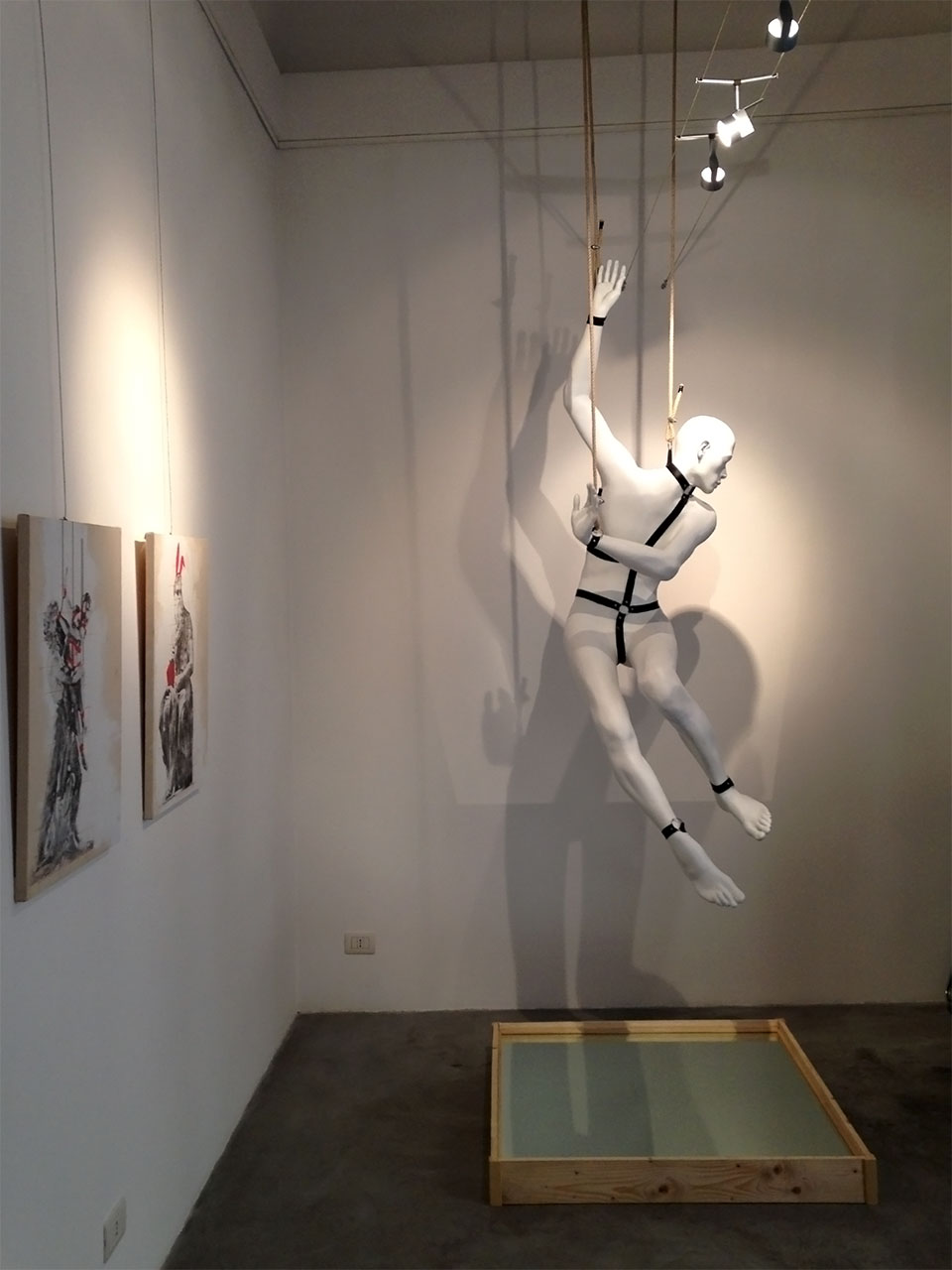 The research of Christophe Constantin is the result, conceptual and aesthetic, of the synthesis between two distant but not totally different ideologies: Realism and PopArt. There are, in fact, elements that can be traced back to both currents, which make it difficult to match one or the other ideology precisely and completely. I think it is right to analyze Constantin's work and talk about "Pop-Realism". To better explain this brief but fundamental premise, I will examine the "Venus", a work present in the exhibition. Its title and subject matter are already a clear example of the process of approriationing mass icons with which Pop artists committed themselves to achieving a visual language that is immediate and universally recognizable by the people as a whole. If, however, the icons used by Pop artists were those of the narrowest and most unbridled consumerism, Constantin instead appropriated more refined images derived from the great masterpieces of art of the past, but still recognizable by virtue of their sedimentation in the unconscious memory of humanity. But unlike Pop, which in most cases has remained superficial, becoming the cause and symptom of the paradoxes of a society, Constantin, through the formal and aesthetic poetics of his works, expresses with cold irony the strong anxieties of our time, and at the same time proposes a strong curator against the great contradictions matured in our days. This is what distinguishes it from PopArt and brings it closer to a social and political Realism: Venus is impoverished and desecrated in the same way that post-modern ideology and mass-media societies that idolize and induce extreme consumerism have impoverished and desecrated the spirituality and interiority of the human being, transforming him in all respects into a disposable automaton. Venus is thus placed on a pedestal that is its own transport case, indicating how consumerist anguish has struck deep into the depths of culture and art. The work enters the gallery, and the moment it is enjoyed it is ready to be stored, forgotten, as one can do with an old piece of clothing or an old household appliance. As I was saying the icon of Venus, a metaphor for the action of the developments of capitalist societies on man, is also desecrated and exploited, forced to silence by a "bondage ball". A silence resigned to the exploitation of her image for commercial and advertising purposes. But these elements that Constantin inserts do not have a function exclusively of conceptual illustration, of philosophical speculation on reality. Aware of the visual anemias that today characterizes the distracted vision, Constantin inserts the extreme sexual aesthetics of bondage as a tool to capture the inattentive gaze of the contemporary user. The idea of Venus resting on the pedestal that is her own transport case, is actually the exploitation of a strident image (the candid plaster of the sculpture and the dirty wood of the case) that causes astonishment and irony. In this way a phenomenological perceptive path is created, in which the user can autonomously approach the work aesthetically and intuitively go back to the conceptual and ideological reasons behind it.