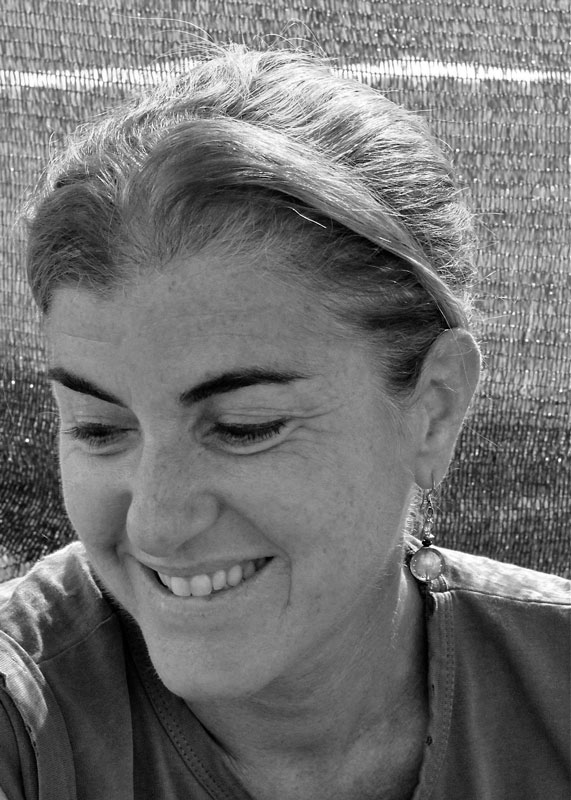 Christina Underhill Danielli has worked as a restorer since 1996. He obtained a Bachelor of Arts degree at Barnard College (Columbia University) in Art History in 1986, where he also worked as assistant curator at the Columbia University Art Gallery (Joe and Emily Lowe Foundation Curatorial Internship). In 1989 he graduated in Literature with an address in Art History at the University of Rome La Sapienza. After some work experience in art galleries in Rome, she decided to take up the profession of restorer by attending a three-year course in the Lazio Region and then specializing in the restoration of wall paintings with the ICCROM (Conservation of Mural Paintings) in 1998.

Despite her specialization, her curiosity for artistic techniques and the different materials that make up her works of art led her to have different experiences abroad on restoration work very different from each other. Since 2000 he has been working on wall paintings in various building sites in Italy, England and France. Between 2000 and 2001 he gained work experience at the Guggenheim Museum in New York, where he worked on the restoration of some large contemporary works. During the same years she became passionate about archaeological restoration following an experience in Petra, Jordan, then collaborating as a consultant and restorer on several international projects. In recent years she has worked as an external collaborator for the Archaeological Superintendence of Rome.

An important part of his profession is to share his experiences and teach students about Art History and restoration techniques, activities to which he has dedicated himself since 1995, teaching at several American Universities in Italy (American University of Rome, University of New Hampshire in Italy, IES Abroad Italy) and as a tutor on archaeological excavations with the University of Helsinki and the ACOR (American Center for Oriental Research) in Jordan.