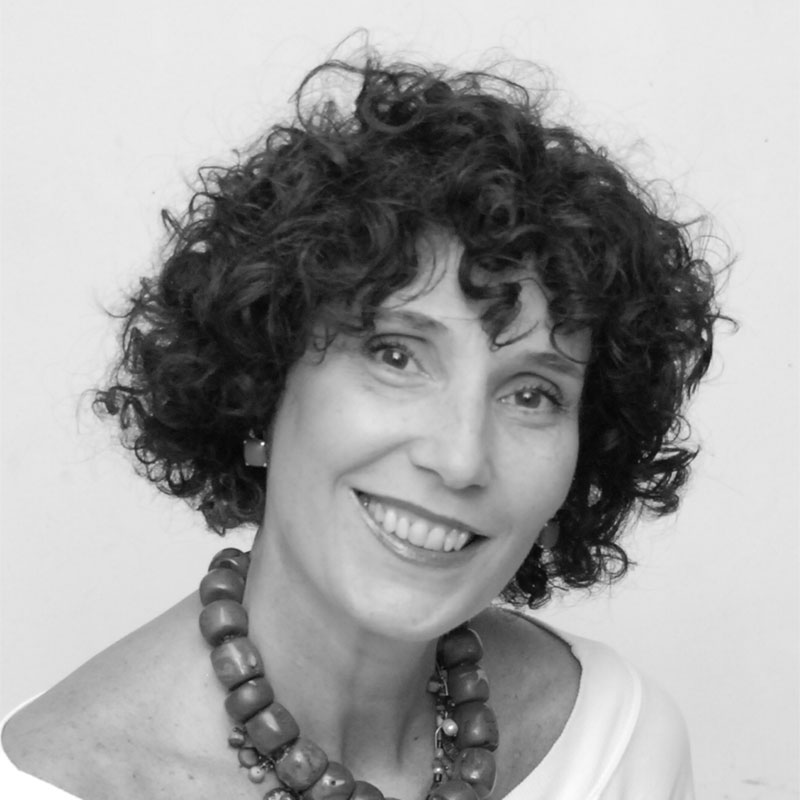 Carioca by birth, graduated in Economics and History, began her artistic career in Rio de Janeiro, attending the School of Visual Arts Parque Lage, and then, in the late '90s, she moved to Rome, where she attended the School of Ornamental Art and the Blue Door School. Se lives and works in Rome.

The technique used by the artist is the collage, made mainly with recycled paper from magazines and newspapers, which is given new life, in the form of pieces skillfully modeled by her hands.

Her works are made in a game of materialization / dematerialization within processes that can be defined as plastic-pictorial. Flaminia, in fact, moves with ease on the ground of a visual tradition of informal nature, creating canvases of material derivation in which the paper of magazines is used as the tiles of a mosaic. Stretched out and modulated like matter, the small pieces emerge from the surface, loosening the boundary between two-dimensional image and plastic image, suspended between painting and sculptural practice.

What is manifested in her works is therefore a game of contrasts: between color and color, color and matter, between the smooth monochrome canvas and the volume, the physicality, the presence of paper that becomes form, mass, but still remains abstract, in its essentiality.

In the last ten years she has exhibited in several cities, in Italy and abroad, such as Rome, Milan, Capri, Lucca, Faenza, London and Istanbul.