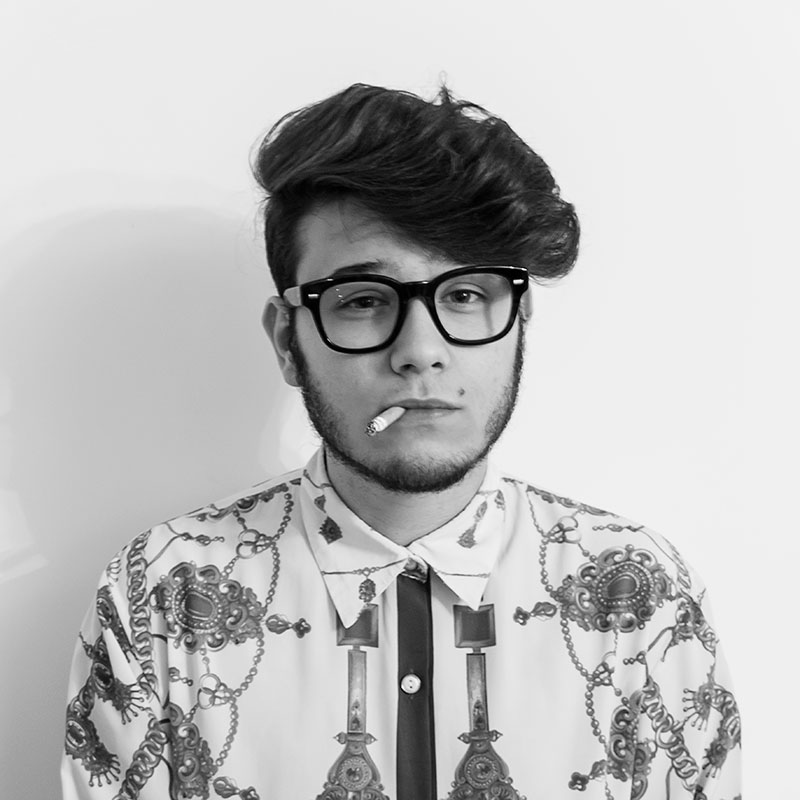 Andrea Frosolini was born in Rome on 16 September 1993, where he currently lives and studies.

He starts the academy of fine arts in 2012, choosing the address of "decoration".

In 2014, he took part in his first collective exhibition in Rome. During 2014 and 2015 he took part in numerous group exhibitions in the capital and in the summer of 2015 his first solo exhibitions were presented in Rome, at the Menexa gallery, and in Germany. On 10 September 2015 he began his artist residency at Rivara Castle for gallery owner Franz Paludetto and inaugurated the "Nuovi Orizzonti" group exhibition on 20 September.

Frosolini's artistic research is mainly based on the representation of pain in semi-abstract form. The remarkable series 'Per Aspera Ad Astra' confronts us with paintings that question both pain through the depiction of bruises, in an attempt at sublimation represented through an astral resemblance to nebulae, and a pictorial question on the border between the figurative and the abstract. The depiction of pain through these bruises/galaxies becomes the exaltation of the same to allude to the paradox between evil and good, between bruise and galaxy. Pain leads to awareness in order to reach the cosmos.