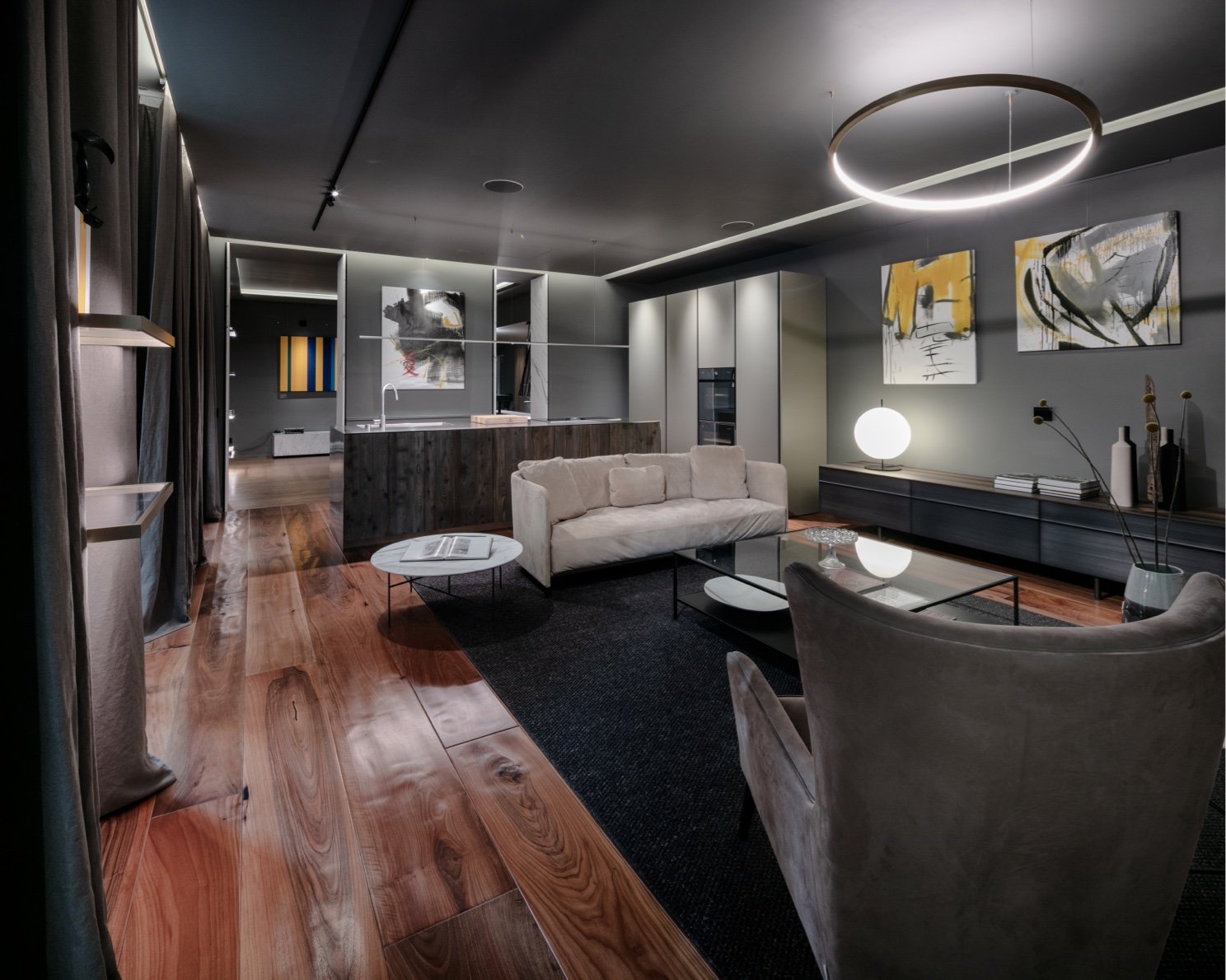 On this fourth occasion the design of the "home base" the juxtaposition of works in the various rooms is not random but renews the play of the gaze of those who experience the environment.
In the "meeting room," Sonia Viccaro's works channel a whole conception of the world based on a return to primitive essences, to an ethic of simplicity and rejection of excess, to a creative conduct that gives first place to intuition; to a process of unconscious development, overcoming reflexive, extrinsic and fragmentary planning with respect to the central "idea."

In the entrance, Silvana Chiozza's landscapes always reflect in an orderly rhythm of nature, seeking surprising syntheses, as much in the structuring of form as in the cleanliness and clarity of brushstrokes. Where a very high sense of color in and of itself that thickens and elaborates with inexhaustible emotional tension. But at the same time he never feels disengaged from perceptual truth and the consequent vision of the concrete, so that his being, at times, abstractionist means rather a general way of approaching reality.

In the "Living" and "Night" zones, the works of A.T Anghelopoulos take us into a visual world in which the interaction of matter, color and light included in his works redefine different managements of space between opening and closing.  Returning a journey in which to recover the physical and metaphysical places of the mind with which to rediscover the listening of self between presence and absence, visible and invisible deliver us the reading of an infinite vision. In his works in which dense and harmonious signs follow one another, glimpses dense with chiaroscuro, open to a new look at the world where to grasp beyond that boundary line between matter and spirit, a rediscovered harmony in relation to one's being in this time where to follow and live every emotional nuance without fear.