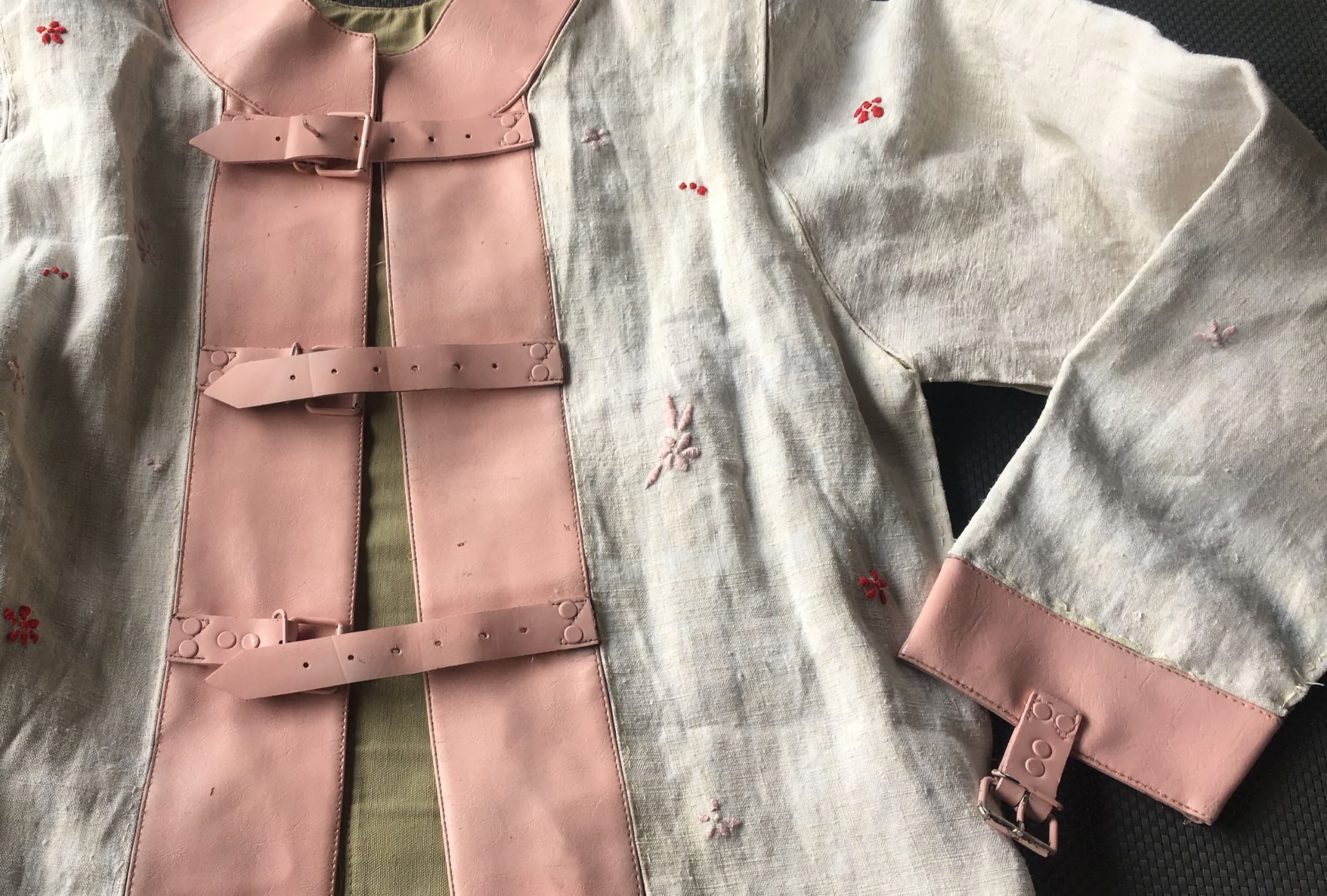 On display will be works from her most recent production that alternate drawing, text, embroidery, and printing, along with the use of unconventional techniques such as the use of pink epilating wax, with which she intervenes on textile materials belonging mostly to ancient trousseaux.

The privileged support of her works, the trousseau, a set of dresses, linens and other accessories that a bride brings as a dowry to her new home, becomes a starting element for the investigation of the condition of women and their role as wives and mothers.

Also on display for the first time will be some of the works belonging to Laura Mega's most recent artistic research, which leads her to explore the three-dimensional possibilities of so-called "soft art," namely carpet-sculptures made with the Tufting Gun.

"ThePinkSide of WTF," beginning with the same title that quotes Laura Mega's latest published artist's book, turns the surface of an everyday as intimate as it is political with a cheekily humorous, but only seemingly playful look.

Through an eccentric and contemporary language, Mega transforms testimonies of a constricted and predefined femininity into works capable of investigating and conveying poetic, social, and political instances where the ironic figure leaves the observer with the responsibility of the possible depth of reading with which to interpret them.

The solo show at KOU Gallery precedes and creates a conceptual dialogue with Laura Mega's exhibition in the group show at Ivy Brown Gallery in New York (opening July 7), where the protagonist will be a more boldly political reading on the choices of the U.S. health care system and women's rights.