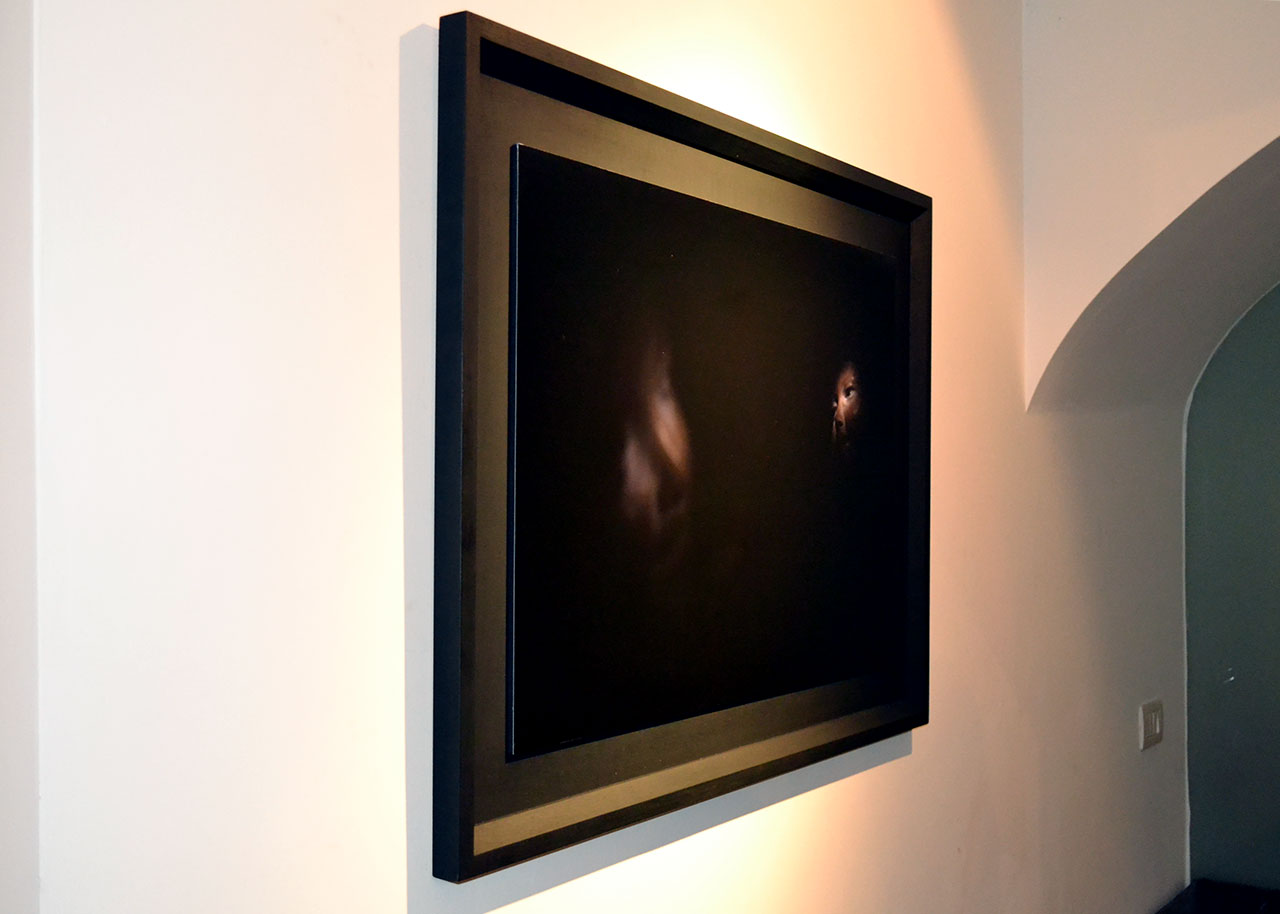 The possibilities of attention and inspection are known to all. Normally we occupy a space in the world, and we create within it coordinates that, only after a certain projection work, we can define our own or personal. Through these processes we establish our presence and orientation. In an environment that we perceive as inhospitable, all this disappears, and we discover a much more uncomfortable reality, as horror films and works about bewilderment show us.

We experience it all very easily when we travel a journey in the dark. Fabio Lo Re's works dwell precisely on this, on the attempt to organize a minimal existence in the inhospitable. These works are made in darkness, but probably would have the same formation if they were set underwater or without atmosphere: they are attempts to find references in the world, coordinates for life.

The lumen that acts as a sounder is obviously the reason. But if the interchange between environment and impression is fundamental to create consciousness (the so-called feedback, essential in the world of signs), it should be noted that the world outside is quite chilling for Fabio Lo Re: the findings that the light-eye finds from its trajectories often come from the East and from a totally artificial world. This means that the subject in his first perceptions is completely disconcerted, since he does not have the tools to understand. He is exotic to himself.

It is remarkable that in one of the first works so realized there are multiplied eyes. But if our look is not reciprocated, it is guilty to have launched it. If we encounter open arms on nothing, monkeys or satyrs (in photographs not present), it is evident that the work itself warns us: we are entertaining ourselves on an offer, on a mimesis or on a grotesque without results. Our gaze is not reciprocated, so we are forced to make up for alternative visual and orientational maps, for the pollination of the world with our presence. It is a set of cognitive/existential operations whose outcome is not always happy, otherwise there would be no mismatch. Fabio Lo Re's works tell us that this process must be elaborated and conquered day after day. It is from a great night that his little light is born.

All the images are digital photographs entirely taken during the shooting phase (pose b and use of small LED lights), without the subsequent aid of any kind of digital processing.