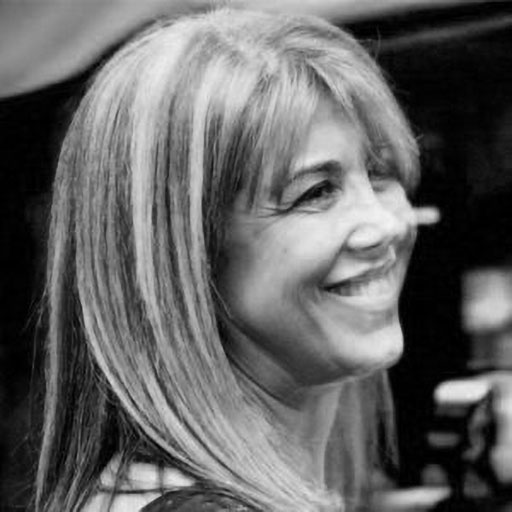 History of Art was a student at the University of Rome La Sapienza of Maurizio Calvesi, Marisa Volpi Orlandini and Augusto Gentili. She discussed the Thesis of Degree in History of Modern Art "Tommaso Righi. Scultore Romano" Speaker Prof.ssa Orietta Rossi Pinelli published in 2001 in "Studi sul Settecento Romano", AA.VV. edited by Elisa Debenedetti. Afterwards she obtained a second three-year degree in Literature in "Communication Sciences", at the University of Cassino, with the Thesis in Comunicazione Museologica"Comunicare il restauro di un'opera d'arte: l'Apollo di Veio nel Museo Nazionale Etrusco di Villa Giulia a Roma" with speaker Prof.ssa Ivana Bruno. She has been a journalist and publicist since 2002 and has collaborated with a number of publications including the radio Mondo Radio CentroItalia 90.9 as cultural editor of the daily newspaper "Mondo News"; she was responsible for the "exhibitions section" of www.culturalweb. it daily on-line newspaper of Ministero per i Beni e le Attività Culturali (2002-2005); since 2003 she has collaborated with services and reviews of exhibitions and cultural events, first with "CulturalTG", then "TG Cinema", both aired on "Canale Italia" and on some SKY channels and currently with the Press Agency PPN Prima Pagina News;

Since 2002 she has been in charge of the organization and communication of many important restoration works of art for private sponsors, taking care of the organization of all the organizational aspects and the formalization of the agreements with the Ministry and the Superintendencies and Sponsoring Bodies for the direct coordination of all the executive phases and the professional figures involved; the agreements with media partners and technical sponsors; the request for permits and museum loans for works of art; the coordination of logistics and suppliers; the setting up of the exhibition: museums, trade fairs; preparation of additional surveillance, reception and bookshop services; organisation of press conferences, official inaugurations and gala evenings; design of websites for on-line restoration and creation of the catalogue; creativity and planning of advertising campaigns. Among the most important restorations she has dealt with all the above mentioned aspects is the "Restoration of the De Silva Chapel" by Gian Lorenzo Bernini, in the Chiesa di S. Isidoro, Rome (October 2002); the "Restoration and musealization of late medieval and renaissance ceramics", in the Castle of Julius II in Ostia Antica, (July 2003); the exhibition "The Secret Portrait", in the Accademia di San Luca, Rome, (April 2004); the Restoration of the Apollo di Veio, in the National Etruscan Museum of Villa Giulia, Rome, (July 2004); the Restoration of the roundel "The Adoration of the Mystery. Fra' Bartolomeo nel segno di Leonardo" Galleria Borghese, (December 2004); of the organization of the "Conference on the Restoration of the Apollo di Veio" at the XII Edition of the Salone del Restauro e della conservazione dei Beni Culturali e Ambientali (Sala Castello, Ferrara Fiere on 9th April 2005); he oversaw all the organizational aspects of the documentary film: "Apollo di Veio. Il restauro", Directed by Folco Quilici, (April 2005) coordinating all the phases of the film realization with the production and the scientific advisors of the restoration and providing the schedule and fundamental elements for the writing of the screenplay; he oversaw the press office, the communication and post-production promotion of the film together with Maurizio Pizzuto of MiBAC taking care of the film's participation in the most important and prestigious international festivals including in 2005 at the "Venice International Film Festival" 62nd Biennale and in September 2006 Doc Festival in Rome at Palazzo Venezia in which they participated: Carlo Fuscagni, President of the Festival, Prof. Carlo Fuscagni. Claudio Strinati, Undersecretary for the Polo Museale Romano and Folco Quilici, the director, moderator Rubino Rubini, Artistic Director of the festival; and in February 2006 he organized at the Istituto Italiano di Cultura in Brussels the presentation of the film with a projection-event; of the Restoration of the "Bust of Medusa" by Gian Lorenzo Bernini, Musei Capitolini, Rome, (November, 2006). The Restoration of the Group "Apollo and Heracles of Veio" in the National Etruscan Museum of Villa Giulia, Rome, and the Press Conference with the participation of the Minister for Cultural Heritage and Activities Hon. Francesco Rutelli (July 2007); the Restoration of the Papa Urbano VIII" by Gian Lorenzo Bernini, Musei Capitolini, Rome (December 2007). The Restoration of the King of Spain Filippo IV by Gian Lorenzo Bernini and Girolamo Lucenti, in the Basilica of Santa Maria Maggiore, Rome and the inauguration with the presentation by Prof. Antonio Paolucci, then Director of the Vatican Museums (November 2008).